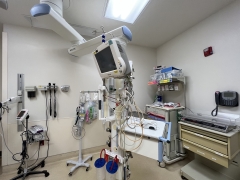 In 2015, Canada’s Supreme Court struck down an over two-decade-long ban on assisted suicide. The next year, its parliament passed legislation allowing “MAID,” or Medical Assistance in Dying for those who suffer from terminal illness and whose death was “reasonably foreseeable.” Five years later, the “reasonably foreseeable” language was dropped, as was the requirement of terminal illness.

Today, ending one’s life with “medical assistance” simply requires a physician and a witness to agree that physical or mental suffering is such as “cannot be relieved under conditions that you [the patient] consider acceptable.” Next year, that will expand to include anyone with a mental illness, like PTSD or depression. There’s also talk about expanding the practice to include minors.

None of which, we are told, should alarm us. Proponents of assisted death always point to “safeguards,” such as physician approval, the uncoerced consent of the patient, or humane conditions. Certain stories are elevated, such as Betty Sanguin, an ALS patient who chose to end her life in a Manitoba church, surrounded by friends, family, and clergy, who secured permission for a MAID team to kill her in their sanctuary. Other stories are ignored.

Even in the so-called “safe” cases, a grave evil has been done. Life is sacred, a gift of God, and should never be thrown away. To intentionally end life in a church is not a blessing. It’s a distortion and a blasphemy.

For the most part, the realities of doctor-assisted death look nothing like the beatific best-case scenarios described in the sales pitch. In particular, there are culture-wide implications for human dignity and value, something that euthanasia advocates seem unable or unwilling to predict. Many begin to believe that their lives are unworthy of life, their volition stolen, their dignity degraded.

Last month in The Spectator, Yuan Yi Zhu provided some of these stories in an article provocatively titled, “Why is Canada Euthanising the Poor?” He describes the real human cost of euthanasia laws and how the practice blurs the limits of consent:

“Now, as long as someone is suffering from an illness or disability which ‘cannot be relieved under conditions that you consider acceptable’, they can take advantage of what is now known euphemistically as ‘medical assistance in dying’ (MAID for short) for free. Soon enough, Canadians from across the country discovered that although they would otherwise prefer to live, they were too poor to improve their conditions to a degree which was acceptable.”

His examples included an Ontario woman, who opted for assisted death because her disability benefits weren’t enough to cover smoke and chemical-free housing, and she was forced to live with crippling allergies. In Vancouver, another woman sought “medical aid in dying” when her debt kept her from affording the medication that would have alleviated chronic pain. The family of another 35-year-old disabled man discovered how appalling his living conditions were, only after he decided to end his own life. Tragically, by the time the government investigated the care facility and revoked its license, it was too late. As Zhu put it, “One may wonder how much autonomy a disabled man lying in his own filth had in weighing death over life.”

Individuals are supposedly “free” to choose, but it is unclear just how often this decision is impacted by financial concerns. “Healthcare, particular[ly] for those suffering from chronic conditions, is expensive,” wrote Zhu, “but assisted suicide only costs the taxpayer $2,327 per ‘case’.” He argued:

“Canadian law, in all its majesty, has allowed both the rich as well as the poor to kill themselves if they are too poor to continue living with dignity. In fact, the ever-generous Canadian state will even pay for their deaths. What it will not do is spend money to allow them to live instead of killing themselves.“

For at least some of Canada’s poorest citizens, coercion in death is not some distant fear, promoted by scared conspiracy groups. The pressure is a daily reality.

Euthanasia in any form is a misguided answer to a real, human problem. Some face a life of unimaginable pain. The only acceptable and loving response is to provide the best compassion, care, and pain management possible.

Anytime a country, such as Canada, embraces “death with dignity” or “medical aid in dying” or some other euphemistically disguised lack of compassion, a price tag is placed on people. And, whenever a price tag is placed on something that is inherently priceless, it is cheapened. In Canada’s case, the money is going to the so-called “autonomy” of vulnerable people, instead of fighting for their lives.