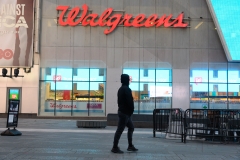 If shoppers have an unlimited opportunity to shoplift, the outcome is not difficult to predict. The shoplifters will prosper, and the shops will close. Elementary students could figure out the simple negative mathematical calculations needed to reach such a conclusion.

Unfortunately, elementary students do not govern California. Seven years ago, social justice warriors put together Proposition 47, a successful ballot initiative known as the Safe Neighborhoods and Schools Act. It recategorized nonviolent offenses and is especially known for lowering the penalties for thefts under $950, making it a misdemeanor.

Areas of California that have liberally applied the Proposition are now paying the consequences. Shoplifting is spiraling out of control in the San Francisco metro area. Walgreens has closed 17 stores there over the last five years. Ten of these were shuttered since 2019. The drugstore chain reports huge losses due to brazen theft and warns that more of the 53 remaining areas stores may have to close.

This result is not what the act’s framers had in mind. Liberal justice reformers claim lax measures like Proposition 47 provide a second chance for entry-level criminals and help empty the prisons for more violent inmates. The act caters to opportunistic shoplifters who may be “driven by poverty” to steal. The reformers, however, are surprised that others have joined in the stealing spree.

Indeed, the misnamed measure is based on a false and sentimental premise inherent to liberal thought. Liberals believe people are fundamentally good. They only do bad things because they are forced to do so by the circumstances. The immaculate conception of the individual holds that people are misinformed, not malicious. If treated with enough kindness, people will change their ways. Hence, society needs to understand how people might be driven to steal. It even behooves the community to facilitate it if the circumstances cannot be changed.

Thus, Proposition 47 is a liberal policy made into law. It is designed to prevent the occasional shoplifter “forced to steal” from developing a criminal record. Shoplifting became a “nonviolent misdemeanor” with a maximum sentence of 6 months. In theory, simple shoplifting, under $950 in value, results in the offender’s release with a slap-on-the-wrist warning not to do it again. In practice, it allowed repeat offenders to steal with impunity as long as they stay under the $950 threshold per store visit.

Merchants who sympathized with this liberal vision of society have been mugged by reality...and hordes of criminals who know a good opportunity when they see one. Stores like Walgreens are now targets for professional shoplifters, homeless people, and drug addicts who go from store to store, gaming the system by stealing items under the threshold.

The new shoplifters are not even discreet, as they do not hide their crimes. Some shoplifters operate with a calculator to make sure they stay under the limit. Merchants watch helplessly as people help themselves to items in broad daylight and walk out of the store. Overworked police are often reluctant to stop them since they know the criminals will soon be back on the street after being freed by liberal magistrates. The arrest is hardly worth the effort or the paperwork.

Police criticize the measure as “a get-out-of-jail-free card” for those professional criminals that know how to trick the system and control their greed to a mere $950 per store, per visit. Some criminals will even use children to shoplift, knowing that they are even more unlikely to be prosecuted by liberal prosecutors.

Residents are the losers in this dangerous game. The Safe Neighborhoods and Schools Act is fast making their areas unsafe. In places like San Francisco, the relaxed attitude toward crime is creating no-go zones. People no longer want to go into these stores where crimes are committed so brazenly. “Nonviolent” crime attracts violent criminals and professional thieves.

Thus, elderly people, children, and poor families stay away from the victimized stores. In the name of a misguided sentimentality toward criminals, honest people are deprived of those places they need to get their medications and supplies. The most vulnerable people become victims. A sense of danger prevails, even though San Francisco stores spend 35 times more on security guards than elsewhere.

Many have said that it would be hard to document the impact of Proposition 47 on crime. The vacated Walgreens drug stores are tragic testimonies to what happens when misplaced liberal sentiment trumps reality.

The problem is not only a bad policy, but a failed worldview. Stealing can never be rationalized as a habit “driven by poverty.” Theft is always wrong, regardless of who does it. Virtue is the only policy that will keep neighborhoods and schools safe. This practice of virtue presupposes morality motivated by a love of God.