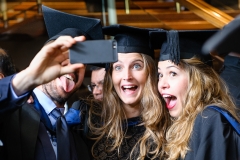 Austin, Tex. has a reputation for being quirky and leftist. One of its promotional slogans is “Keep Austin Weird.” Anything can be expected from this chic, leftist enclave.

However, many were surprised to hear about the founding of the University of Austin (UATX) in this liberal wasteland. The new school is to be an anti-politically correct, free speech-friendly institute of higher learning. It will be an anti-woke oasis in the middle of wokedom.

The news of its founding is causing controversy everywhere. The left is furious at the audacity of those who dare to challenge its rule on its home turf. Conservatives rejoice at this new initiative in the belly of the beast in weird and woke Austin.

The school is devoted to the pursuit of truth, not some political agenda. Its promoters are passionate about its mission. Professors and students will speak their minds without the fear of being canceled.

Indeed, many of those proposed for the faculty, trustees and board of advisors are canceled professors, “awoken” liberals, or professionals mugged by reality. They have tasted the bitter fruits of liberal intolerance.  Many have given precious testimonies exposing the brutal liberal hypocrisy of those who supposedly defend freedom. They have vowed to fight back.

The future school will indeed be an anti-woke university. But is it enough?

Many oppose the woke revolution because its activists suppress the ideas of others. However, the new revolutionaries also have wrong ideas about human nature based on erroneous philosophies. These ideas are reflected in disordered and sinful behaviors that undermine society, morality, and the common good.

Thus, to be effective, it is not enough to allow everyone to speak. An anti-woke university must also take positions against the hotbeds of intellectual leftism that give rise to wokeism. It must oppose the class struggle dialectics that propel the process forward. Such an institution must also engage in the raging Culture War in which wokeism is the latest phase.

Above all, a genuinely anti-woke university must reflect the Western and Christian influences of the university’s medieval origins. It must reject the liberal mania of not embracing the one True God or the Church.

A Discussion Not a Polemic

News about the new institution indicates that it will oppose the suppression of ideas. Prof. Allen Mendenhall notes that UATX’s unique mission is not “rigid orthodoxy or ideological conformity, but about curiosity, exploration, and self-examination.” UATX’s program calls for plenty of "free speech, robust debate, and unfettered questioning." It is to be a “community of conversation” with “freedom of inquiry.” Every opinion will be heard.

There is nothing wrong with intelligent discussion, which is part of any good education. However, the situation calls for a firm rejection of the left. Discussion is but a means to an end, which is truth (in the singular).

However, inquiry alone is not enough to win in the face of radicals that no longer play by the old rules. It is necessary to oppose leftist ideas.

The Focus on Inquiry, not a Liberal Agenda

The proposed university must be not only anti-woke but also anti-liberal and anti-progressive. This is where the project runs into problems.

Many of the foundering faculty, fellows, and advisors hold extremely liberal, atheist, feminist, and pro-homosexual positions. Their problem with the educational establishment is the suppression of free inquiry, not its liberal underpinnings.

Thus, those looking for anti-liberal, conservative, or classical education are bound to be disappointed. Students will receive a pre-woke liberal education without the threat of cancelation. However, such a program will do little to prevent the next woke volcanic eruption, much less regenerate the world.

On the Wrong Side of the Culture War

Having such an eclectic collection of intellectuals that will form its core undermines the University of Austin's purpose. Notwithstanding some fine individuals who uphold excellent moral positions, many of the group are still on the wrong side of the Culture War. In this atmosphere of free inquiry, they will not fail to air their unorthodox views to the students.

The positions of these members are far from secret. Consider, for example, Peter Boghossian, a founding faculty fellow and atheist. He has referred to all faith-based beliefs as “delusions.” He advocates using the Socratic method as a means to dissuade people from being religious believers. Then there is gender researcher Kathleen Stock, another founding fellow, described as a “left-wing lesbian” who is currently involved in a same-sex relationship.

Among the board of advisors, the defenders of inquiry include Andrew Sullivan, a well-known homosexual journalist, Prof. Deidre McCloskey, a “trans-sexual” economist, and Jonathan Rauch, an openly homosexual author, avid proponent of same-sex “marriage,” and LGBTQ+ advocate.

Advisor Nadine Strossen is a liberal feminist and former president and current advisor of the ACLU. She debuted as an actress by being a guest star in Eve Ensler’s play, "The Vagina Monologues," at the National Theatre in Washington, D.C. She is also known for her free expression defense of pornography.

Founding trustee, journalist Bari Weiss, suffered when she stood up to The New York Times’ editorial tyranny. However, she remains attached to her liberal ideas and is now “engaged” to another woman.

Those involved in the founding of the venture, again with notable exceptions, read like a directory of liberal establishment names. These figures maintain their liberal credentials, but their passports to the next phase of the cultural revolution have been canceled.

UATX does not claim to be a conservative haven. However, its woke enemies hysterically make that claim. It seems the desire of many of its promoters is to turn the clock back to some mythical Enlightenment time of intense liberal debate (and persecution of the Church) before the age of cancelation. Thus, it needs to be clear that the main focus of this new anti-woke university is not conservative moral values but freely expressed ideas, including progressive ones.

And that is the problem with ventures like these. They represent yesterday’s revolution. Today’s woke activists are in a dangerous Jacobin phase that needs to destroy yesterday’s Girondin liberals to advance the revolutionary process toward nihilism. The liberal world helped prepare the way for the present woke Terror.

The Problems of Modern Education

Education needs to return to its Christian roots. The secularization of education has wrought immense harm upon the formation of youth by insisting only upon knowledge. The Church has always taught that intellectual education cannot be separated from moral and religious education because building up moral character is part of the learning process. Vast intellectual development is no substitute for virtue. The greater the academic development, the more necessary is sound moral training.

Education must also teach temperance, the virtue whereby individuals govern their natural appetites and passions in accordance with the norms prescribed by reason and Faith. Then people desire that which is proper and naturally leads to balance, proportion, and virtue.

The problem with modern education is its unwillingness to place God at the center of any education. Thus, it can never satisfy the soul’s insatiable appetite for the good, true, and beautiful.