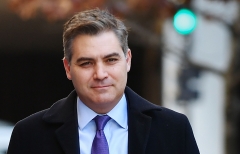 The mainstream news media was presented with a great opportunity at the dawn of the Biden administration. The time was ripe for news organizations to look in the mirror and recalibrate themselves from their activist and agenda-driven antics to a more measured approach that could serve the information needs of the democracy.

Instead, all early indications are that the media will run cover for the Biden administration. Groupthink and conformity are apparently so entrenched in newsrooms that solid journalism is no longer valued or allowed.

It was one thing when the media fell into a headlong swoon for the Obama administration. After all, Obama was a smooth-talking, pop culture sort of politician who could talk basketball and was friends with Beyonce. He was the sensitive counter to the war-mongering George W. Bush. The media served as willing cheerleaders, fawning over Obama at every turn. Never mind that the Obama administration surveilled journalists, turned the IRS loose on political foes, and bottled up Freedom of Information requests…things reporters might normally frown on.

Then Donald Trump surprisingly took the White House away from Hillary Clinton, and the media joined the resistance. For four years, the media establishment pushed agendas of Russian collusion, White House chaos, and impeachment. Trump didn’t give proper respect to CNN or the New York Times, so the journalism industry unloaded.

But Biden is not Obama or Trump.  He is just plain Joe. He doesn’t have Obama’s cool factor and he hasn’t waged war on the media. Thus, he is just the kind of president for which the media could return to some semblance of professional journalistic scrutiny.

That clearly is not going to happen. The opening days of the Biden administration have been celebrated by the media with a shameless agenda that sounds as though it were scripted by the White House itself.

All mainstream reporting of the Biden presidency thus far is designed as a counter to the Trump years. Here is Joe signing executive orders to undo Trump. Here is Joe unifying the country after Trump polarized everything. Joe believes in democracy instead of tyranny.

There will be no aggressive scrutiny of Biden and no negative stories. To do such would necessarily be seen by compliant fellow journos as a backhanded indication that Trump wasn’t totally terrible.

Evidence of the media’s soft treatment of Biden abound. CNN removed Jim Acosta from the White House beat, signaling there was no longer a need for antagonistic questioning in pressers. Biden’s cabinet appointees have been praised as not political and described by a PBS White House correspondent as superheroes. The Los Angeles Times has abandoned all sense of journalistic balance with flattering coverage of Vice President Kamala Harris, launching a special beat “dedicated to her historic rise to the White House.” This looks like state-run media.

The media’s enthusiasm for Biden began during the campaign, of course. The press treated Biden like a grandpa, approved of the vacuous basement campaign, and overlooked Joe’s propensity for gaffes. One cable news reporter was totally shut up by Jill Biden when he foolishly brought up the Biden gaffe parade.

But Biden is now president and Trump is out of office. American news consumers deserve a watchdog press to hold government officials accountable. The free press was established by the nation’s founders to serve the information needs of the citizenry, not run cover for the politicians. Reporters should be serving as surrogates for the public, not being lapdogs for the establishment.

There was a time when journalistic curiosity and enterprise led reporters to go where the stories were, not to meekly run with pre-approved narratives. Public trust in the media has cratered in recent years and there is a reason for that. News consumers sense the media no longer work for them, but instead serve big media’s own crusading purposes. It is no wonder citizens retreat into echo chambers on social media. Worse yet, some citizens now have become news bystanders, where they tune out the news altogether.

Much has been made in recent weeks about various threats to democracy. An uninformed citizenry is a vulnerable citizenry. Disengaged citizens, or those who swim in one-sided narratives designed to promote the powerful, are no longer able to effectively be their own governors. The American free press is letting the nation down and missing a chance to soul search and mend its ways. Democracy is, indeed, suffering. Constitutional architect James Madison would surely be disappointed that the free press he created has abandoned its duty.