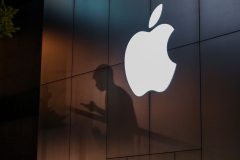 "Apple hobbled a crucial tool of dissent in China weeks before widespread protests broke out," reports Quartz. "Anti-government protests flared in several Chinese cities and on college campuses over the weekend. But the country’s most widespread show of public dissent in decades will have to manage without a crucial communication tool, because Apple restricted its use in China earlier this month" to help quell protests. Many Chinese began protesting after 44 people burned to death while locked inside an apartment building, because of China's harsh COVID lockdowns.

AirDrop, the file-sharing feature on iPhones and other Apple devices, has helped protestors in many authoritarian countries evade censorship. That’s because AirDrop relies on direct connections between phones, forming a local network of devices that don’t need the internet to communicate. People can opt into receiving AirDrops from anyone else with an iPhone nearby....

But Apple has disabled this function in China to make it very difficult to protest. As Quartz notes,

Apple has repeatedly helped China control dissent, mostly by removing apps that protestors have used to coordinate, communicate, or gather information. (Quartz’s iOS app was removed by Apple, at China’s request, at the height of the 2019 protests in Hong Kong.) By hobbling the functionality of AirDrop in China, Apple is once again coming to the government’s aid.

Apple may also be colluding to restrict speech in the United States. That might lead to First Amendment or antitrust lawsuits against it. Progressive officials have taken aim at Twitter after it was taken over by Elon Musk, who allowed some previously-banned Twitter users like Donald Trump to return to Twitter. Democratic Senators have demanded that the Federal Trade Commission open an investigation of Musk.

Musk's takeover has reportedly resulted in Apple curtailing advertising on Twitter, depriving it of a major source of revenue. Biden's press secretary says the White House is "keeping a close eye" on Twitter and that "social media companies have a responsibility to keep their platforms from being used by any user" to express ideas that incite violence. This came after progressives blamed a mass shooting at an LGBTQ nightclub on people who expressed concern about transgender ideology being promoted in the schools, a staple of some conservative publications (for example, the National Review ran a story about how a progressive busybody tried to separate a girl who temporarily claimed to be transgender from her parents who were skeptical of her sudden claim to be transgender).

The First Amendment only reaches so-called "state action," speech restrictions that occur with government action, as opposed to purely private decisions by private companies. But if progressive officials are colluding with or pressuring companies to restrict advertising on Twitter, that could lead to a successful First Amendment lawsuit. For example, the attorneys general of Missouri and Louisiana recently sued President Biden and top administration officials for allegedly colluding with social media giants to censor and suppress free speech. In that lawsuit, a judge has allowed them to take former COVID czar Anthony Fauci's deposition to try to establish a First Amendment violation.

The Saint Louis-based Eighth Circuit Court of Appeals says that lawsuits can be brought not only when the government pressures a company to restrict speech, but also when it merely colludes with the company to restrict speech. It allowed a bank to be sued for colluding with the government to punish a bank employee for her speech, in Dossett v. First State Bank (2005).

Companies like Apple that curtail advertising can sometimes be sued for antitrust violations if they do so in concert with other companies.  Yahoo finance reports that "Apple joins a number of companies that have suspended advertising on Twitter " such as Pfizer and General Motors.

General Motors and Pfizer are often reliant on the government for revenue, and don't want to offend progressive officials who dislike Elon Musk, who has endorsed Florida's Republican governor for President. General Motors received billions of dollars from taxpayers in bailout a decade ago. Pfizer received far more money for its coronavirus vaccines than its rivals Moderna and Johnson & Johnson, and recently received a large increase in payment per vaccine from the Biden administration. Pfizer's revenue from just two COVID medicines could exceed $50 billion this year, more than its entire annual revenue in the past.