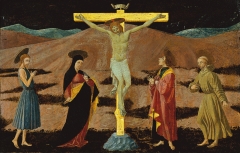 The following is adapted from America 3:16.

People who don’t want Christians—specifically, conservatives—speaking out about political or social issues will try to use the argument “Jesus loved everyone and didn’t judge, so you shouldn’t judge people, either.”

I have no doubt that Jesus was compassionate, but here’s the thing: I also believe that Jesus never cared about anybody’s feelings. In fact, Jesus was all about politics. He was the number-one politician of his day.

Let’s dig into why using Jesus as an argument to muzzle conservatives falls flat and the reasons you can be both a compassionate Christian and opinionated in today’s political climate.

Like I said, Jesus was all about politics; he was the number one politician of his day. He lobbied for the truth, instead of going with whatever was trending politically, culturally, and societally. Jesus was never afraid to address issues in his society.

He was compassionate, but he wasn’t afraid to speak the truth on every matter. He punched people in the mouth with his compassion all the time. Today’s society lacks this crucial element of truth-telling. Now, churches have become too afraid to offend anybody. To avoid offense, and to avoid offending the government, they stay silent.

When President Donald Trump visited a Virginia church to pray for victims of a mass shooting in the state, the pastor prayed for him at the service. The next day, that pastor felt compelled to send a letter to his congregation, practically apologizing that he prayed for the president. The prayer was seen as a political act.

As a Christian, I’m pretty confident Jesus taught that we’re supposed to pray for everybody, which includes the worst people in the world. Even if you don’t agree with Donald Trump at all, even if you think he’s a bigoted racist, he’s still the president and the head of state for our country. Shouldn’t that be something we pray about?

Anyone who says they are Christian but who refuses to pray for Donald Trump is not living Christian values.

The church is not, and has never been, about sticks and stones. You can talk truth without being hateful or judgmental. Christians have no place to judge because they don’t have that kind of power or authority. Only God has that authority. However, as Christians, we have a responsibility to talk about what we know to be true.

If you claim to be a Christian, that means you have certain beliefs. The Bible is at the core of these beliefs; the Bible is the ultimate living document of truth. If you believe the teachings of the Bible, you categorically cannot support abortion, which includes supporting politicians who are pro-late term and up-to-birth abortions.

However, if someone has an abortion, that doesn’t automatically mean the church doesn’t accept or love that person. It means the church prays that they get saved and are able to go to heaven.

I don’t hate people. I disagree with what some people do, but I don’t hate the person, and I believe Jesus did the same. I will speak my beliefs even if they hurt people’s feelings because truths need to be said.

Ask yourself, who’s really following Jesus’s example? Who’s really rejecting public opinion in favor of God’s? In my eyes, it’s the conservatives, not the people saying conservatives can’t be Christians.

For more advice on Christianity and conservative ideals, you can find America 3:16 here.