School's Coming Back. And So Is the Narrative-Driven '1619 Project' 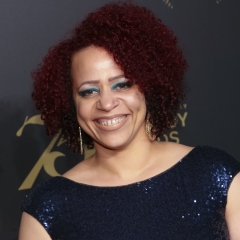 This fall, in certain states, you might notice a new addition to your kindergartner's curriculum.

They'll now learn basic arithmetic, how to structure a sentence, and that they live and are active participants in a deeply racist, bigoted system of white supremacy so structurally oppressive that it will cripple their hopes and dreams for life...oh, and shapes. They'll learn about shapes, too.

For this, you can thank "The Gray Lady."

Long ago, the once-venerable New York Times transitioned from being an objective observer of facts to an activist participant in partisan politics. That said, the tired old Gray Lady reached a new low last year. It decided to run the anti-American, left-wing fever dream of guilt, titled “The 1619 Project,” which the Times has falsely billed as a work of historical research, on how American history is plagued by racism.

Frankly, the best thing about the 1619 Project is its name. Good for marketing, but not for anything else.

Now, as an actual historian who has written factual books and articles, and spent many a long night in search of facts, I can safely say “The 1619 Project” is the biggest steaming garbage pile of anti-American tripe published this century or any century—so far. I could say propaganda; the creator herself admitted as much last month, so you don’t have to take my word for it.

It took her a year to come clean, but Nikole Hannah-Jones finally said flat out that the project “is not a history,” but instead is about trying to “control the national narrative.”

Setting aside the fact that core elements of “The 1619 Project” have been refuted by true historians, such as its totally ridiculous assertion that the American Revolution was fought to uphold slavery, I’m shocked the comments of 1619 creator Hannah-Jones aren’t raising more alarms: not solely among conservatives, but among most regular, hard-working Americans.

Nikole Hannah-Jones is not the investigative journalist she claims to be, but a highly paid activist, and it is a shame that the Times has been so gullible. She comes across as a spokeswoman for the Black Lives Matter movement, nothing more. She’s not a journalist at all, and certainly not an historian -- not with her bizarre understanding of American history. She traffics in conspiracies about fireworks, while seeing threats to minority communities in anything too pro-American. And she’s made her bed with a movement run by "trained Marxists," according to one co-founder, and that has stated it "disrupt[s] the Western-prescribed nuclear family structure." As Hank Newsome, chairman of Black Lives Matter, Greater New York recently proclaimed, “if this country doesn't give us what we want, then we will burn down this system and replace it."

“1619” is just the BLM educational plan; it’s pseudo-history at best, although that hasn’t stopped dysfunctional and corrupt public-school systems from bowing down and agreeing to put it into their curricula. Thanks to BLM’s cancel-culture-fueled Reign of Terror, American children are now being brainwashed per Hannah-Jones’ admission of wanting to  “control the national narrative.” For a woman who is virulently anti-slavery and anti-oppression, it’s ironic she’s using Soviet-style tactics to “educate” our children. And the Soviets were notorious bigots.

Because that’s what’s going on here; what Hannah-Jones wants is no different than the indoctrination Stalin did to children of Russia. Real history was waved off for “Uncle Joe’s” myths and lies. Russian children were taught that Soviet super-humans walked the earth and were destined for greatness above all other races. Sound familiar? It should, because that’s just what Hannah-Jones and her BLM buddies are doing: teaching myths and lies to our children, all part of a greater scheme to elevate one race above all others while systematically restructuring the country.

It’s a tried and true tactic.

The Jacobins in France got as far as changing the calendar system before they got nixed by their own guillotine. The Evil Empire of Soviet Russia got away with the indoctrination of state-worship for about 80 years, until the 1980s. The North Koreans still teach their children that the Kim family is a jolly bunch of demigods, the benefactors to the masses and anyone who disagrees with the self proclaimed “revolutionaries” disappears or gets “canceled,” as is trendy to say these days. I say again: sound familiar?

One of the greatest things about President Reagan was his boundless optimism, a conviction that, despite its flaws, America is a country always working towards a better future. He also stressed the teaching of history, straight-up. Hannah-Jones and BLM are hyper-cynical at best, nihilists at worst. What started as an admirable movement about police reform has morphed into a mob of angry youth who have been programmed by leftist professors and teachers to hate their own country.

They can’t, or in some cases won’t, see past the bad to acknowledge how much good there is in America. In order to cope, Hannah-Jones is enabling them down a path of self-destruction that’s got regular Americans, of all colors and creeds, too afraid to speak freely. It’s an ironic, perverse reflection of the very oppression she claims to abhor.

To borrow a quote from Christopher Nolan’s fantastic film "The Dark Knight," “you either die a hero, or live long enough to see yourself become the villain.”