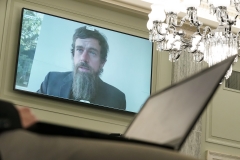 Last week, Twitter labeled as "hateful" CWR's reference to a "biological male identifying as a transgender woman;" the article mentioned that a man who "transgendered" to a woman was about to be nominated by President Joe Biden to a senior healthcare position. After Twitter froze the account of CWR, the publication appealed. It lost.

On Jan. 29, we asked our email subscribers to contact the key person at Twitter who handles these matters. That was roughly around 1:00 p.m. Three hours later, after being pounded by our supporters, Twitter notified CWR that its account was being unlocked.

Once again, we want to thank everyone who made this happen. There is no lay Catholic organization in the nation that fights as hard as we do to combat anti-Catholicism. Indeed, we stand alone.