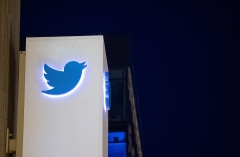 Catholic World Report (CWR) is a respectable Catholic media outlet and a publication of Ignatius Press. On Jan. 24, it received notice from Twitter that its account has been locked for hateful conduct. CWR appealed but lost. What was the alleged hate speech?

"Biden plans to nominate Dr. Rachel Levine, a biological man identifying as a transgender woman who has served as Pennsylvania's health secretary since 2017, to be HHS Assistant Secretary for Health. Levine is also a supporter of the contraceptive mandate."

Carl Olson, editor of CWR, said: "It seems evident that Twitter's focus is the description of Levine as a 'biological man identifying as a transgender woman.' Since Levine is 'transgender,' it's curious as to why Twitter would think it harmful or hateful to note what Levine is 'trans-gendering' from or to."

Olson observes that Twitter is making media outlets "jump through arbitrary and constantly-changing rhetorical and ideological hoops." It is also "implicitly making CWR admit to hateful or bigoted language, even though such was never the case."

CWR should stick to its guns. If Twitter can silence such innocuous speech as this, the free speech rights of all Catholic media outlets and websites are in jeopardy. Twitter is a menace to freedom. It needs to be reined in by the Congress.

On Jan. 28, I quoted Pope Francis saying gender ideology is "demonic." Would that make the pope a purveyor of hate speech? I dare Twitter to silence the Holy Father. Let's get this settled right now.