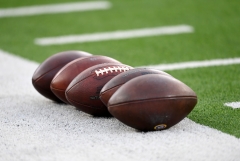 The Supreme Court ruled 6-3 to affirm the religious rights of a football coach who prayed after the game on the field. This was an important victory for religious liberty, as well as for freedom of speech.

For seven years, Bremerton High School football coach Joe Kennedy prayed after a game on the 50-yard line. No one complained. When school officials learned of this, they made an issue of it: they asked him not to lead the players in a prayer. He complied.

When he decided to take a knee and say a silent prayer, some students asked if they could join him, and he said "this is a free country." He soon learned that he might have been wrong. Administrators at the school, which is outside Seattle, objected again. Finally, he was fired and prayer was banned altogether.

Kennedy sued and twice lost before the Ninth Circuit Court of Appeals. It said that public speech of "an overtly religious nature" is forbidden, arguing that it gives the impression that the government is endorsing religion. His lawyers charged that the Ninth Circuit was now saying that "even private religious speech" by teachers and coaches is prohibited (italic in the original).

Justice Neil Gorsuch, writing for the majority, characterized Kennedy's behavior as "a brief, quiet, personal religious observance" which was protected by the First Amendment: both his free speech rights and free exercise of religion rights were affirmed.

The attempt to squash Kennedy's right to free speech was invidious. Administrators, teachers, and students are permitted to voice the most obscene statements and lyrics — all in the name of free speech — but when a football coach engages in private prayer, the alarms go off.

Gorsuch saw right through this bogus reasoning: "The Constitution and the best of our traditions counsel mutual respect and tolerance, not censorship and suppression, for religious and nonreligious views alike."

No students were required to pray with the coach as a condition of playing. No students were bullied who did not join with him in prayer. Yet this did not stop Americans United for Separation of Church and State from charging as such.

If Kennedy had lost, the next thing school officials would do is prohibit students from blessing themselves before meals or on the playing field. Treating religious speech as second-class speech, worthy of censorship, is flatly un-American.

Tolerance for people of faith is something that militant secularists need to learn — they are an existential threat to freedom of speech and freedom of religion.