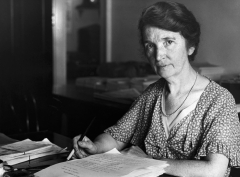 When Naomi Judd was found dead, the media immediately said she died of "mental illness." This was a lie. The truth then came out — she shot herself.

Why didn't the media say that Payton Gendron, the serial Buffalo killer, shot his victims because he was suffering from mental illness? It happens to be true — he had recently been taken in for a mental health evaluation after threatening to kill his high school class (he had previously stabbed and beheaded a cat).

The media saw a bigger story here. Who cares about his mental state — it was a white kid who shot black people. Had Gendron been black, it would have been a one-day story.

The pundits and politicians were not content to blame one deranged white high school student — they had to cast their net high and wide, looking for a wholesale indictment of America.

It is true that the killer said some nutty things — he is a nutty kid. Some of what he said is patently racist. This gave the Left the opportunity to pounce — he was motivated by a radical desire to stop what he viewed as the "replacement" of white people with non-white people. Hence, he was an exponent of the "great replacement theory," whether he knew it or not.

On May 16, two days after the shooting, Senate Majority Leader Chuck Schumer (D-NY) explained that what Gendron did was the fulfillment of the "great replacement theory." The next day, President Biden repeated this accusation. Now the chattering class can't shut up about it.

Madison Grant was the originator of "replacement theory." He was a product of Yale College (1887) and Columbia Law School. He came from a blue-blooded background, or what Biden and Schumer would call the beneficiary of white privilege. He was one of the most prominent environmentalists of his time — he was an ally of Teddy Roosevelt — and a wildlife zoologist. Indeed, he contributed to the founding of the Bronx Zoo.

His 1916 book, "The Passing of the Great Race," made him the intellectual godfather of the "great replacement theory." He wrote that "indiscriminate efforts to preserve babies among the lower classes often result in serious injury to the race...mistaken regard for what are believed to be divine laws and sentimental belief in the sanctity of life tend to prevent the elimination of defective infants and the sterilization of such adults as are themselves of no value to the community."

According to Daniel Okrent, who wrote a history of eugenics, Hitler was a big fan of Grant. "Hitler studied 'The Passing' enthusiastically, cited it in speeches and other writings and at the time of his suicide, in the Berlin bunker in 1945, still owned a copy of the original German edition, 'warmly inscribed' to him by the German publisher."

Grant's ideas were behind the 1924 Immigration Act. It was aimed at curtailing immigration from Southern and Eastern Europe, many of whom were Italian or Polish. The ruling WASP elites not only wanted to maintain Nordic hegemony; they wanted to stop the migration of Catholics.

One of the leaders of the eugenics movement during the Progressive Era was Richard T. Ely, co-founder of the American Economic Association. He wrote that "Negroes, are for the most part grownup children, and should be treated as such." Margaret Sanger, founder of Planned Parenthood, agreed with his racist views.

The Catholic Church has a proud record of resisting the eugenics movement. They called it inhumane. Bioethicist and priest John C. Berry writes that Catholics appreciated the Church's response. "This was heartfelt, since Catholics, with many of their numbers among the Irish and other immigrant groups in the lower social strata in both the United Kingdom and the United States, were routinely castigated as a dysgenic presence in society. Catholics often found themselves the target of the eugenic rhetoric of revulsion, even from eugenic enthusiasts in other churches."

If Schumer and Biden, and all of those on the Left who are enthralled with "replacement theory," want to learn more about those who saw this kind of thinking as having disastrous consequences, let them read Pope Pius XI's 1930 encyclical Casti Connubii ("On Christian Marriage"). It is a brilliant takedown of the eugenic laws that inspired "replacement theory."

The truth is that today's ruling-class progressives share a philosophical pedigree with the ruling-class members of the Progressive Era. "Replacement theory" would not exist without them.