Parents give Disney a wake-up call 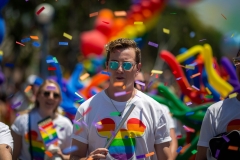 The most common word used by reviewers of Disney’s new film, “Strange World,” was “bombs.” Disney expected to bring in $30 to $40 million over Thanksgiving weekend, but instead netted only $18.6 million. That’s pretty bad considering it cost $180 million to make the flick.

It is expected to cost Disney $100 million when the final numbers are posted. The Wrap called it “one of Disney’s biggest failures ever,” saying it was the “biggest animated bomb in 20 years.”

What happened? Those who live inside the Hollywood bubble can’t figure it out. But parents can.

“Strange World” was the first animated movie for children featuring a gay teen romance. That’s not what most parents want their kids to see: they don’t want to sexualize their children.

Disney was founded as a family-friendly organization. In more recent years it became a gay-friendly outfit, and now it has gone beyond that by showing no tolerance for parents who do not ascribe to the politics of  sexual engineers.

Very few of the reviewers who slammed the movie mentioned that it was  subject to parental backlash. Instead, some critics floated a conspiracy theory maintaining that Disney wanted the movie to bomb.

“Here’s the theory,” says TMZ. “Disney could use the poor performance as rationale to not include LGBTQ characters going forward....” It even floated the idea that the LGBT character was “scapegoated,” as a foil for not going down this road again.

This is unlikely. Disney probably made this movie for two reasons: it wanted to make money and it wanted to advance the cause of gay activists.

Have these critics not remembered that earlier this year Disney sought to impose its morally debased ideas on children in kindergarten through the third grade? It sought to do battle with Florida Gov. DeSantis for promoting a bill designed to protect parental rights, one which prohibited teachers from questioning children on whether they were satisfied being a boy or a girl.

Parents have not forgotten, nor have they forgiven.

No movie tabloid was more out of touch than the Hollywood Reporter. Pamela McClintock said “Strange World” bombed because of poor marketing. She opined that it was “pummeled by poor word-of-mouth.”

She is twice wrong. In fact, “word-of-mouth” succeeded brilliantly: parents passed the word about Disney trying to impose its radical gay agenda on children, and it was that kind of social marketing that did the flick in.

Then there is Lovia Gyarkye of the Hollywood Reporter. She hailed the gay character, saying it was “a historic moment for the conservative studio.” Only someone living in a left-wing ghetto would call today’s Disney a “conservative” studio. She outdid herself again when she said the movie has “the makings of a new classic.” More cluelessness.

“Strange World” bombed for the same reason “Lightyear” did earlier this year. Parents don’t want to allow Hollywood to seduce their children. It’s time Disney adjusted its sails and got with the times. As some critics have noted, “woke = broke.” Broken financially, as well as morally.