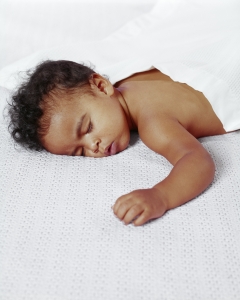 New York City Mayor Eric Adams is basking in pride now that some pregnant women can terminate their pregnancy for free. “For too long, health and health care has [sic] been centered around men. If men had periods…they would get a paid vacation. And if men could get pregnant, we wouldn’t see Congress trying to pass laws restricting abortion.”

How does Mayor Adams know that men can’t have periods? Many of those who share his politics don’t agree.

In 2020, Tampax flatly said, “Not all people with periods are women.” Disney agrees, which is why in the children’s movie “Baymax,” they depicted a man buying tampons.

In 2020, Harvard Medical School hosted a discussion on maternal health, and when talking about pregnancy, every one of the panelists refused to use the word “woman.” They constantly talked about “pregnant and birthing people.” When critics took them to task, they did not back down. “Our panelists used this language because not all who give birth identify as women.”

Now take that, Mayor Adams. According to these bright lights, men can  indeed have periods and get pregnant.

More important is where Adams decided to open his freebies abortion clinic. The first of four such clinics opened today in the Morrisania section of the Bronx, more generally known as the South Bronx.

Guess who lives there? Almost 6 in 10 are Hispanic and 36 percent are black. The white population is 3.2 percent and the figure for Asians is 0.6 percent. The poverty rate in New York City is 16 percent, but in the Bronx, the figure is 26.4 percent. In Morrisania it is 40.3 percent. Its serious crime rate is double the city average.

Some things never change. Why is it that liberals always favor black and brown neighborhoods to set up their abortion clinics?

It is undeniably true that the founder of Planned Parenthood, Margaret Sanger, was a notorious racist. The KKK must have been proud of her efforts to help abort black babies.

It is bad enough to single out poor, crime-ridden minority neighborhoods to dispense free abortion pills. It is positively nauseating when public figures like Mayor Adams brag how ethical they are in doing so.

Instead of helping black and brown women not to choose abortion, Adams is bent on helping them do just that, and on the taxpayer’s dime, to boot.