Bill Maher Just Doesn't Get It 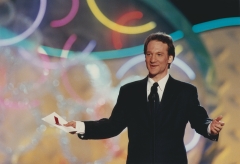 On Bill Maher’s last HBO show, January 20, he interviewed former U.S. Attorney General Bill Barr. At one point, Maher asked him about his comments on religious bigotry. Here is what Maher said:

“I’ve heard you speak a lot about the idea that religion is under attack in this country. I think it’s your overarching theme. What am I missing—that Christianity is under attack? I mean you’re still the majority. The majority of the people who are still religious are Christian. I don’t see where the attack is coming from. It strikes me as paranoia, quite frankly.”

Where is the attack coming from? This would be like David Duke wondering aloud why blacks are complaining about racism. In fact, not only has Maher made more anti-Catholic remarks on TV than anyone else—and he has had considerable competition—he couldn’t even finish his show without mocking Catholic priests, comparing them to Drag Queens.

Maher, to be fair, respectfully received Barr’s comments. He gave the impression that he had not thought about these kinds of examples.

Fortunately, I got a chance to watch Maher’s interview. If I had relied solely on a transcript, I would have come away with a different impression. Transcripts are cold. Videos are more helpful because it is possible to assess tonality, facial features, body language, etc.

In one sense, Maher comes across much better in the video. He was not being snide to Barr when he raised questions about Christianity being under attack. He appeared to be sincere and was not insulting. But in another sense, this itself is problematic.

It seems that Maher is more clueless than malicious in his assessment of Christianity being under attack. If that is the case, then it suggests that clear examples of anti-Christian bigotry are processed by him as being inoffensive. He surely seems to recognize Jew-bashing. So why not Catholic bashing?

Maher is not alone in suffering from this kind of disability. There is no end to the number of persons who are quick to label expressions of bigotry as hateful when targeted at some demographic groups, but not others. What it comes down to is this: Such duplicitous persons sincerely believe that some groups deserve to be dumped on, which is why they don’t see such vitriol as objectionable. This applies to Maher as much as anyone.

Maher complained to Barr that he had Catholicism shoved down his throat (his father was Catholic and his mother Jewish). Let’s assume this was true. So what? How does this justify making sweeping statements of a vicious kind about tens of thousands of American priests? And when will he mature and get over it? Give it a rest, Bill.