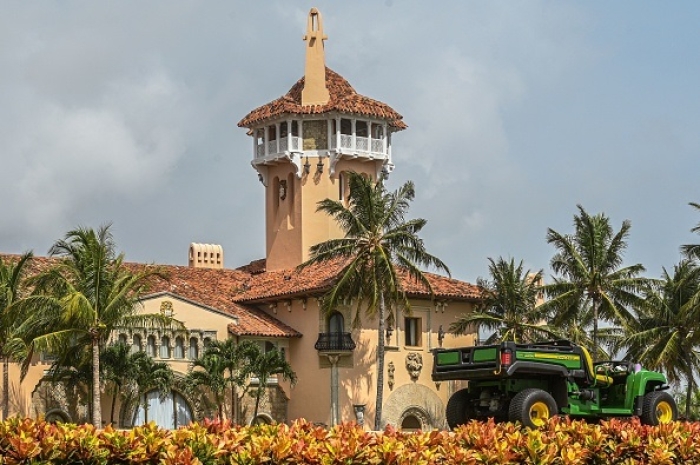 This week, the FBI raided the Florida home of former President Donald Trump at Mar-a-Lago.

They based their raid on the purported rationale that they suspected Trump of having mishandled classified information, taking home materials meant for the National Archives.

According to The New York Times, the search "appeared to be focused on material that Mr. Trump had brought with him to Mar-a-Lago... Those boxes contained many pages of classified documents."

Trump quickly responded with outrage: "After working and cooperating with the relevant Government agencies, this unannounced raid on my home was not necessary or appropriate. Such an assault could only take place in broken, Third-World Countries. They even broke into my safe!"

And, to put it mildly, the basis for such a raid — a raid authorized by a current presidential administration on the leader of the prior administration and front-runner for the nomination in 2024 — seems extraordinarily weak.

In 2015, former Clinton national security adviser Sandy Berger only received a misdemeanor charge for stuffing classified documents down his pants; in 2016, the FBI investigated Hillary Clinton's mishandling of classified emails but certainly never raided her home or offices, despite finding that it was "possible that hostile actors gained access to Secretary Clinton's personal e-mail account," complete with access to classified information. Trump, by contrast, was president — which means he had plenary authority to declassify any document. Yet it was Trump who was raided.

If the basis for the raid is anything less than bedrock-solid, therefore, the most serious questions of political legitimacy will be on the table. After all, this amounts to the current administration authorizing a raid on the head of the prior administration; it apparently centers on a matter unrelated to events surrounding Jan. 6 and the aftermath of the 2020 election.

It seems, on its face, pretextual. We won't know whether it is or isn't until we see the underlying documentation. But without the sort of trust the FBI has failed to cultivate over the past few years, the clamor for such documentation will rightly be deafening.

Suspicions are certainly in order, given the behavior of the FBI over the course of the last few years. The FBI spent years running a deep investigation on Trump's campaign and presidency, based on speculative nonsense compiled by the Clinton campaign in the form of the so-called Steele dossier.

FBI Director James Comey seemed to launder that nonsense into the press by presenting Trump with the dossier, despite no evidence that the dossier had any support whatsoever. There is a reason that as of 2018, just 45% of independents and 39% of Republicans said they trusted the FBI most or all of the time.

The FBI raid on Trump could easily be yet another inflection point in the complete breakdown of America's public institutions. Every "I" must be dotted and "t" crossed — and there must be tangible results. Anything less should and will lead to a political crisis of real magnitude.

(Ben Shapiro is host of "The Ben Shapiro Show" and Editor-in-Chief of DailyWire.com.)