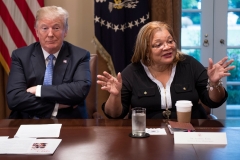 “There’s a temptation to reduce her [Norma McCorvey] to something like a trophy or an emblem, but it’s important to know there was someone who was a real person,” says Nick Sweeny, director of “AKA Jane Roe." “People on all sides wanted her [Norma] to be the person that suited their aims, and in a lot of ways, she just wanted to be herself.”

The upcoming release of a new movie, “AKA Jane Roe,” has stirred me to remember my sister in Christ, Norma McCorvey. For me, Norma was never a trophy, she was my friend. I loved Norma, and told her so. Norma loved me too.  She told me so. We laughed together, we cried together, we worked together. I miss her. Here's my tribute to my friend Norma:

Norma McCorvey’s pro-life testimony is a gift of love. For many, Norma was our sister, our friend. In 1973, a Supreme Court decision on Roe v. Wade made abortion/baby killing legal in the U.S. As plaintiff in the case, Norma was an unsuspecting pawn of the abortion lobby.

At an anti-abortion protest in front of the U.S. Supreme Court in 2008, Norma McCorvey and several women, including yours truly, evangelist Alveda King, joined the Justice Foundation, sharing our pro-life testimonies with the public.

My uncle, the prophet MLK, once said: “The Negro cannot win as long as he is willing to sacrifice the lives of his children for personal comfort and safety." In response, I often say to people who are trying to reconcile abortion with women’s rights: “Don't just think about yourself, think about others.”

The abortion lobby pays billions a year to kill babies and dehumanize their mothers. The authors of Roe v. Wade used Norma. They lied to her. The pro-life family loves Norma. We thank God for Norma's love for life. Her memory lives on in our hearts.

In 1995, Norma prayed, and God opened her eyes. Then, Norma blew the whistle. Norma’s heart was won and transformed by love, not money.

Shameful fake news would have us believe that Norma McCorvey was a mercenary. Nothing could be further from the truth. For those of us who knew and loved Norma, we know that at the end, Norma loved God, and Norma loved life.

Never believe fake news. Fake news baited and switched on Norma just before her death. According to Rev. Frank Pavone, National Director of Priests for Life, Norma wrote to him saying that she’d been booked for an interview for AKA Jane Roe. Norma was so excited; they promised to let her tell her story and told her they would pay her for it. From my personal perspective, they interviewed Norma and took her words out of context.

Norma McCorvey’s conversion to Christianity in 1995 led her to become one of the most devoted pro-life advocates of our times. Her pro-life testimony is truly a gift of love.

Alveda King, niece of Dr. Martin Luther King, Jr., is the founder of King for America, Inc. and serves on Priests for Life's pastoral team.