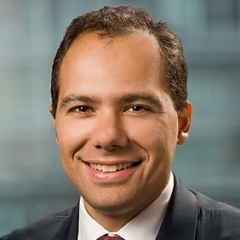 Ilya Shapiro, a former executive director of Georgetown Law’s Center for the Constitution and author of “Supreme Disorder: Judicial Nominations and the Politics of America’s Highest Court.” (Cato Institute)

After a four-month investigation into a tweet he has since deleted, newly hired Georgetown Law Professor Ilya Shapiro resigned from his position Monday, declaring “I won’t live this way,” and labeling Georgetown “a place that doesn’t value free speech.”

In both a commentary published in the Wall Street Journal and an open resignation letter sent to Dean William Treanor of Georgetown Law, Shapiro explains his resignation, accusing the dean of making “it impossible for me to fulfill the duties of my appointed post.”

The news of Shapiro’s resignation comes as a culmination of months of backlash after Shapiro tweeted the following about then-Supreme Court Nominee Ketanji Brown Jackson:

“Objectively best pick for Biden is Sri Srinivasan, who is solid prog [progressive] & v smart. Even has identity politics benefit of being first Asian (Indian) American. But alas doesn’t fit into the latest intersectionality hierarchy so we’ll get lesser black woman. Thank heaven for small favors?

“Because Biden said he’s only consider[ing] black women for SCOTUS, his nominee will always have an asterisk attached. Fitting that the Court takes up affirmative action next term.”

After realizing that his tweet, which was intended to be a criticism of Biden’s decision to let race and gender guide his SCOTUS nominee decision, had been poorly worded, Shapiro deleted it. He also apologized, saying, “I regret my poor choice of words, which undermine my message that no one should be discriminated against for his or her gender or skin color.”

Despite the apology, Shapiro was placed on administrative leave for four months while the university conducted an investigation into his tweets. The investigation concluded in the professor’s favor on June 2, when he announced that he had been re-instated as a professor. 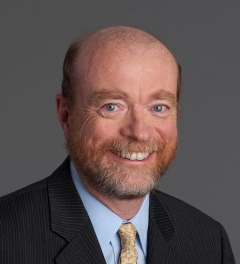 However, Dean Treanor had only cleared Shapiro to commence teaching on a technicality that he was not yet employed by the university when he had sent out the tweets. Georgetown law did not defend the content of the tweets nor the professor’s ability to say controversial things.

Instead, the Office of Institutional Diversity, Equity and Affirmative Action at Georgetown (IDEAA) rescinded the school’s Speech and Expression Policy, making the newly instated professor susceptible to future discipline for saying anything that goes against what Shapiro decries as “progressive orthodoxy.”

Four days later, Shapiro announced his resignation from Georgetown Law School. “Instead of participating in that slow-motion firing, I’m resigning,” said Shapiro in The Journal. He continued by listing various examples of controversial tweets sent out by left-wing professors at Georgetown that did not trigger any investigations. Shapiro criticized the subjectivity of IDEAA’s policies, specifically the point that the “anti-harassment policy does not require that a respondent intend to denigrate.”

Shapiro then named possible scenarios he could foresee himself in the upcoming months that could now get him in trouble as a result of the IDEAA’s rescinded policy. What makes Shapiro so vulnerable is that the IDEAA does not take into account the speaker’s intent when deciding whether or not his or her speech is acceptable at Georgetown.

Here’s my resignation letter from @GeorgetownLaw, a place that doesn’t value free speech. In the name of DEI, it stifles intellectual diversity, undermines equal opportunity, and excludes dissenting voices. pic.twitter.com/KrAlfTEk7z

‘What Georgetown subjected me to, what it would be subjecting me to if I stayed, is a heckler’s veto that leads to a Star Chamber,” Shapiro said in his resignation letter.

According to the Georgetown IDEAA website: “The mission of the Office of Institutional Diversity, Equity & Affirmative Action is to promote a deep understanding and appreciation among the diverse members of the University community to result in justice and equality in educational, employment, and contracting opportunities, as well as to lead efforts to create an inclusive academic and work environment.”

In an interview with Fox News Digital, Shapiro said, "Georgetown is not a place that values intellectual diversity, freedom of speech, tolerance, respect, good faith. A place that excludes dissenting voices, that undermines equal opportunity. It's not a place that anyone who dissents in any way from prevailing orthodoxies can thrive."

"It's such a den of vipers," added Shapiro. "It's such an intolerant place that now I see it would not have worked out, which is too bad."