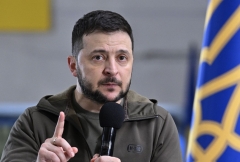 The Eighth Administrative Court of Appeals in Lyiv, Ukraine ruled in favor of Ukraine's Ministry of Justice on June 21 and banned the Opposition Platform For Life, the main opposition political party. All funds and property of the party were ordered to be turned over to the government, which is headed by President Volodymyr Zelensky.

Back in March, the Opposition Platform for Life held 44 seats in the Ukrainian Parliament, reported The Guardian. Following Monday's court ruling, "it is possible that the roughly 4,000 local officials who had been elected as members of the party will also be forced to forfeit their posts," said The National Interest.

"The court banned the activity of the political party Opposition Platform for Life," announced Minister of Justice Denis Malyuska on Facebook. 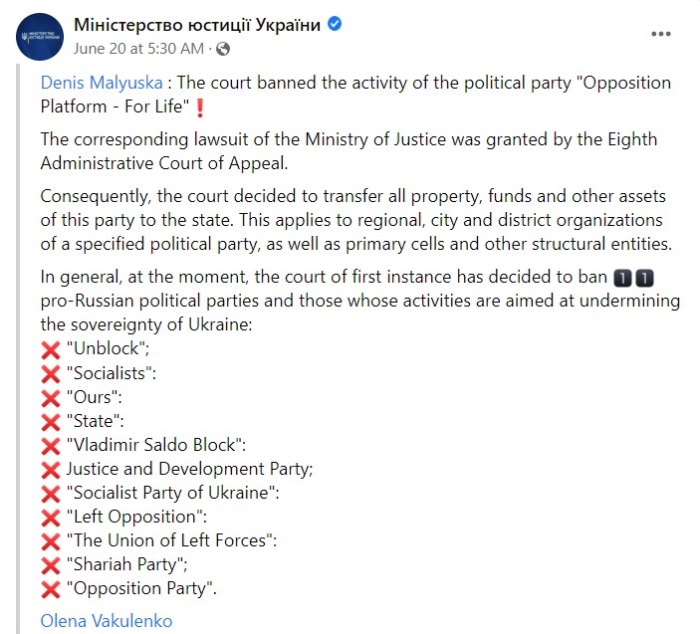 "Consequently, the court decided to transfer all property, funds and other assets of this party to the state," he wrote. "This applies to regional, city and district organizations of a specified political party, as well as primary cells and other structural entities."

The Opposition Party for Life is a pro-Russian political party and has earned strong support largely in Eastern Ukraine, where there are many Russian-speaking citizens.

As The National Interest reported, "The court’s ruling comes following a decision by the Verkhovna Rada, Ukraine’s parliament, that all pro-Russian parties within Ukraine would be banned following the Russian invasion on February 24."

In May, President Zelensky signed into law a measure that bans pro-Russian political parties. In addition to the Opposition Party for Life, Zelensky banned 10 other political parties, including the Justice and Development Party, the Union of Left Forces, and the Party of Shariy. 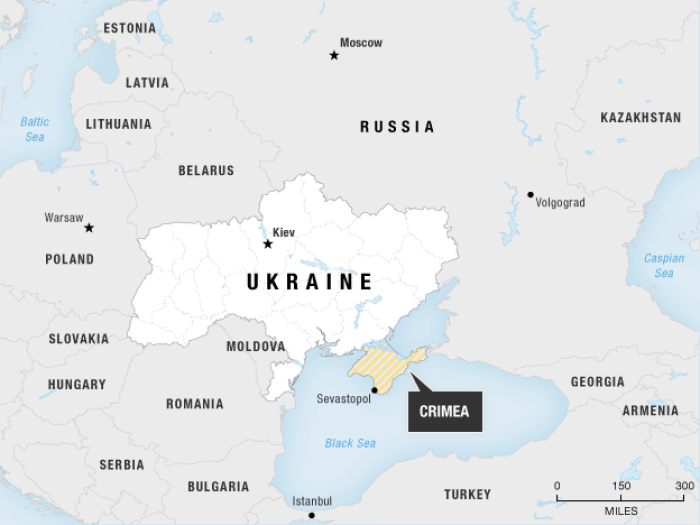 The Opposition Party for Life was the first group to challenge its banning in court.

The trial at the appeals court was closed to the public, and no journalists were allowed in the courtroom.

"Due to the fact that the court did not allow journalists into the courtroom, the arguments of the parties to the trial are not known and will become available only after the full court decision is made public," said the election integrity group Chesno. 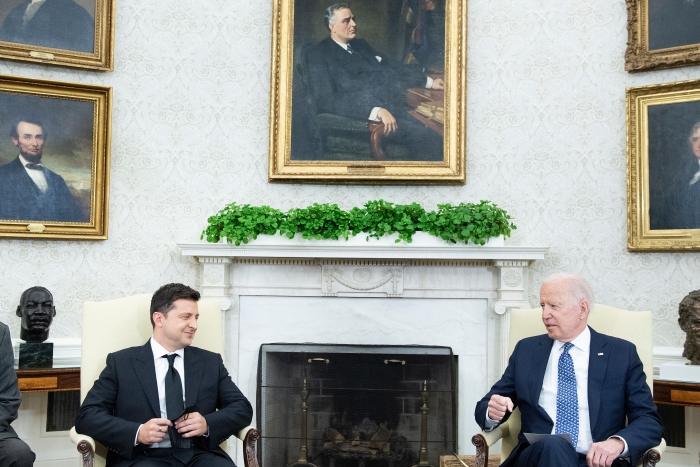