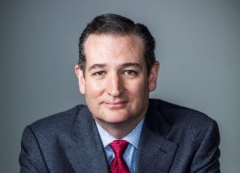 While discussing his legislative proposals to punish Communist China for its duplicitous handling of the coronavirus and its censorship of information through Hollywood films, Sen. Ted Cruz (R-Texas) said China is the "single-greatest political threat the United States faces over the next century.”

On FNC's Justice With Judge Jeanine, May 2, host Jeanine Pirro asked the senator, "You were coming at this dealing with China from a lot of different directions. You have several bills that you're about to submit on Tuesday in Congress -- or tell us what you're, where you're coming from and what you're dealing with?"

Senator Cruz said, "Well, absolutely. China is, in my judgment, the single greatest geopolitical threat the United States faces over the next century. They engage in espionage. They engage in censorship. They engage in torture and murder of their own citizens. They cover up free speech."

"I've got three bills that I'm introducing this coming week," he said.  "One is focused on the coronavirus cover-up, and it imposes strict sanctions on Chinese government officials who covered up this pandemic. They are directly responsible for this pandemic that has killed over 240,000 people worldwide."

"Because the heroic physician whistleblowers that tried to blow the whistle, tried to stop this at the outset, the Chinese Communist government came down on them, punished them, silenced them," said Cruz.

Communist China has killed more than 65 million of its own people since 1949, according to The Black Book of Communism (Harvard University Press). (Getty Images).

"We used to think of their suppression of speech as a human rights issue," he said. We now -- it is clear to everyone this is a national security issue and this is a public health issue."

The senator then discussed China's propaganda and how Hollywood kowtows to their censorship demands.

"I'm introducing legislation called the Script Act that is focused on Hollywood," said the senator. "Hollywood, far too often, lets China, the Chinese Communist government, censor American films. And so the Script Act says that we're not going to allow the Pentagon to cooperate with movie-makers, to let them use ships and jet airplanes and equipment if they are going to allow the Chinese government to censor."

The legislation "uses the power of government to stop Chinese censorship through Hollywood," he said.

when asked by Judge Jeanine to provide some examples of Hollywood cooperating with Communist China, Cruz said, "There are lots and lots of examples. There have been over a thousand movies. You look at something like -- I'll give you a great example, a movie coming out later this year, which is 'Top Gun 2,' the sequel to 'Top Gun.'"

He continued, "You know, you think about 'Top Gun.' It may have ended up being the greatest Navy recruiting film ever filmed. You know, you've got Maverick flying a jet, everyone -- you know, young boys and girls wanted to be fighter pilots like that."

"Well, the new 'Top Gun 2,' the Chinese government took issue with the fact that Maverick's jacket, the back of it, had a flag, a Japanese flag and a Taiwanese flag," said Cruz.  "And so the movie-maker has censored them and it has changed the jackets."

"Think about it for a second, judge," said the senator.  "What we're saying is that Maverick is scared of the Chinese communists. That is ridiculous. And Hollywood producers who claim they support the First Amendment and free speech readily let the Chinese government censor them."