Report: Ultra-Orthodox Jews Assault Gentile Woman to Move to Back of Bus 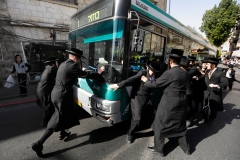 (Getty Images -- for illustration purposes only.)

Ultra-Orthodox Jews verbally and physically assaulted a gentile woman for sitting at the front of a public bus in Jerusalem on July 31, apparently in an attempt to enforce a modesty dress code that they follow in the Haredi community, reported Haaretz and Ynet, two major news outlets in Israel.

The woman told Ynet that she regularly rides the bus (Kavim company) between Jerusalem and the ultra-Orthodox city of Elad. "On the way home, a group of 20 guys got on the bus, and decided that it didn't suit them that I was sitting in the front,” she said.

She added that she gets nauseous and sometimes vomits if she sits in the back of the bus.

"When she declined to move, the men began verbally berating her, using a pejorative term for a gentile woman, and when she still refused to leave her seat began physically assaulting her," reported Haaretz. 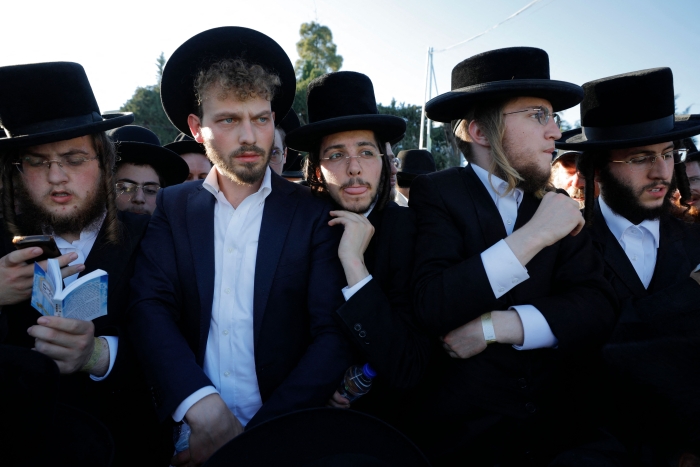 The woman explained, “They pulled my hair from behind. At first, I thought I was imagining things, until I felt strong pulls. A guy who was sitting in a parallel seat in the second row…decided to take off his shoe and put his smelly sock next to me, in hope that this would make me move."

She then tried to call the police, but the extremists attempted to stop her.

“I have been riding the bus from Elad to Jerusalem and vice versa for the past two years, and I have experienced many cases of verbal violence on religious grounds," said the woman.

Speaking with Ynet, the Kavim company said it strongly disapproves of what happened "and is sorry for the anguish caused to female passengers." The company further said it “will cooperate with the Israel Police to prevent similar cases.” 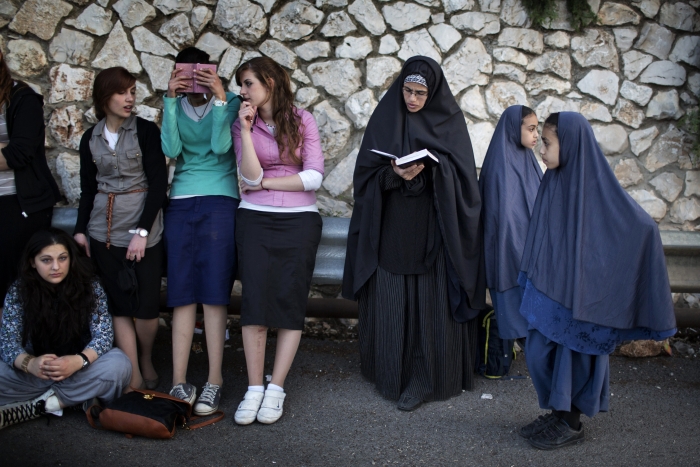 According to Harretz, "such incidents are not uncommon, especially in ultra-Orthodox neighborhoods."

In June, a 13-year-old girl was stopped from riding a bus in northern Israel "because of how she was dressed," said Haaretz.

In another case from 2020, a woman was awarded $44,000 "in damages after a bus driver refused to let her board at a bus stop in a religious West Bank settlement because she was wearing shorts." 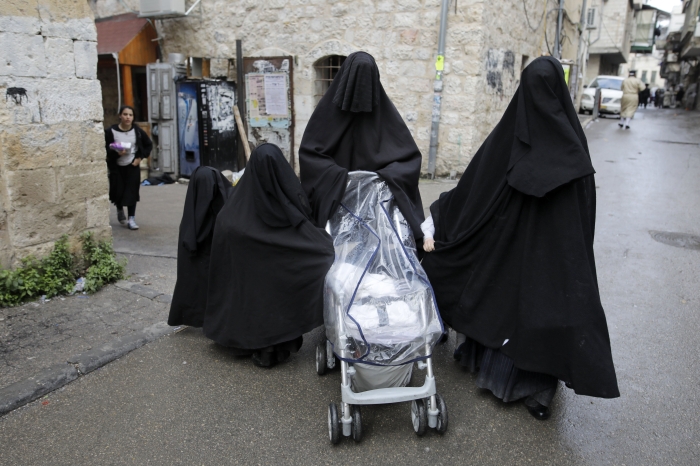 Ultra-Orthodox Jewish women known in Israel as "Neshot Ha Shalim", who cover themselves completely in a burqa-like head-to-toe black cloth, walk with their children in the Mea Shearim neighborhood in Jerusalem. (Getty Images)

In 2013, Haredim extremists (ultra-Orthodox) stoned two buses in Beit Shemesh "after the police arrested a man and woman who had asked a female passenger to move to the back of the bus," reported Haaretz. It is illegal to forcefully segregate bus passengers by gender.

A court ruling against forced segregation on buses in ultra-Orthodox neighborhoods was prompted by a petition instigated by the Reform Movement's Israel Religious Action Center. On those routes, "women were required to use the back door and sit in the back of the bus, while men entered through the front door and sat in the front," reported Haaretz.

A France 24 news report about the Haredim is posted below.