Rep. Jordan: 'How Do You Unify When You're Trying to Impeach a President With No Due Process?' 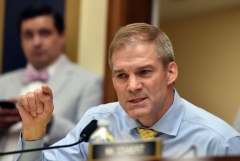 House Rep. Jim Jordan (R-Ohio), a founding member of the House Freedom Caucus, said that President Joe Biden's calls for "unity" in the nation ring hollow because Democrats are impeaching a president who is no longer in office and has essentially no due process, and social media are trying to silence 75 million Americans.

"I liked a few of the things that President Biden said last week in his inaugural [address] about unifying, but how do you unify when you’re trying to impeach a president that’s already left?" said Jordan.

"This is not healthy for the nation, what they are doing," said the congressman.  "And, as you point out, this sets a bad precedent as we move forward." 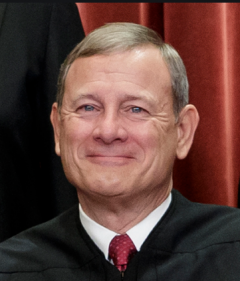 Commenting further on the impeachment, Jordan said, "What they're scared of -- it's not just about threatening the president, this is about making sure he can't run, that he can't run in 2024."

"That's what they're afraid of because this president, when he was president, did more of what he said he would do than any president in our lifetime," said Jordan.  "That is something the American people appreciate. ... That's what President Trump did and that's why the Democrats are afraid of him."

Chief Justice John Roberts reportedly has decided not to preside over the Senate impeachment trial of former President Donald Trump, although Roberts has not released any statement on the issue.

Sen. Patrick Leahy (D-Vt.) did release a statement, which said, "The president pro tempore has historically presided over Senate impeachment trials of non-presidents.  When presiding over an impeachment trial, the president pro tempore takes an additional special oath to do impartial justice according to the Constitution and the laws.  It is an oath that I take extraordinarily seriously."

“I consider holding the office of the president pro tempore and the responsibilities that come with it to be one of the highest honors and most serious responsibilities of my career," said Leahy.   "When I preside over the impeachment trial of former President Donald Trump, I will not waver from my constitutional and sworn obligations to administer the trial with fairness, in accordance with the Constitution and the laws."