Pope Francis and a statue of the Virgin Mary, the mother of Jesus. (Screenshots)

In response to a request by Ukraine's Catholic bishops, Pope Francis will consecrate both Ukraine and Russia to the Immaculate Heart of Mary in a special ceremony on Friday, March 25.  The 25th is a special day in the Catholic Church's calendar, the Annunciation of Mary, when the angel Gabriel visited her and told her she would conceive and bear a son, the Messiah.

"On Friday 25 March, during the Celebration of Penance at which he will preside at 17.00 in Saint Peter's Basilica, Pope Francis will consecrate Russia and Ukraine to the Immaculate Heart of Mary," reads the statement from the Vatican.  "The same act, on the same day, will be carried out in Fatima [Portugal] by His Eminence Cardinal Krajewski, Apostolic Almoner, as envoy of the Holy Father." 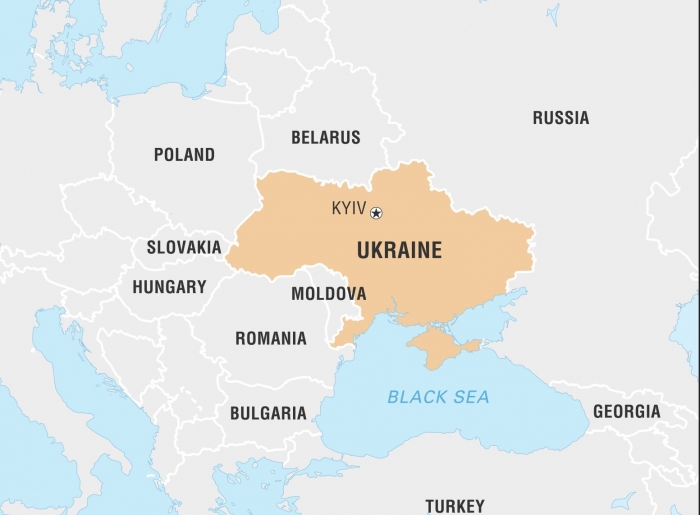 In Fatima, Portugal in 1917, the Virgin Mary reportedly appeared to three peasant children and warned them about the errors of Russia that, she said, would spread throughout the world in the 20th century. She also told them about a second world war, and that eventually a future Pope would consecrate Russia to her immaculate heart, which would bring a period of peace.

The Catholic Church teaches that the incidents at Fatima in 1917 are "worthy of belief," in that they do not contradict the moral or theological teachings of Christianity. However, no Catholic is bound to believe them. It is  matter of devotion.

In their March 2 letter to the Pope, the Ukrainian Catholic bishops said, "In these hours of immeasurable pain and terrible ordeal for our people, we, the bishops of the Episcopal Conference of Ukraine, are spokesmen for the unceasing and heartfelt prayer, supported by our priests and consecrated persons, which comes to us from all Christian people to dedicate Your Holiness our Motherland and Russia." 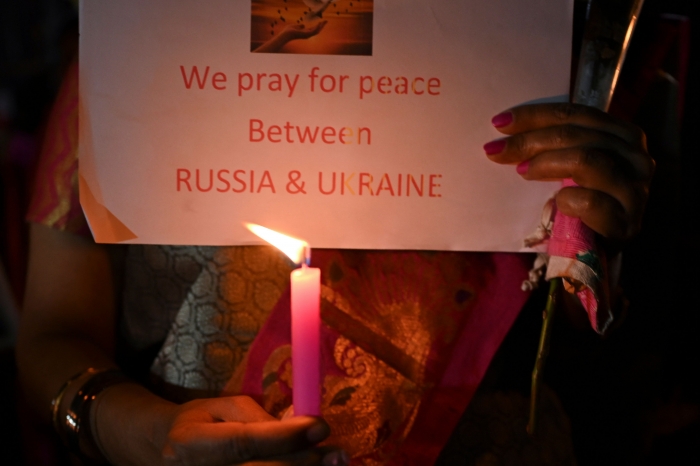 "Responding to this prayer," they wrote, "we humbly ask Your Holiness to publicly perform the act of consecration to the Sacred Immaculate Heart of Mary of Ukraine and Russia, as requested by the Blessed Virgin in Fatima. May the Mother of God, Queen of Peace, accept our prayer: Regina pacis, ora pro nobis!"

According to the Catholic News Agency (CNA), "The Ukrainian bishops have also posted on their website an updated Ukrainian text of an act of consecration of Ukraine to the Immaculate Heart of Mary, asking that it be recited privately and after each Mass."

"Before the revolutions of 1917 that overthrew the Russian Empire and led to the creation of the Soviet Union, Russia was colloquially known as the 'house of Mary' because there were more shrines and churches dedicated to Our Lady than in any other country at the time," said the CNA.

A picture shows military ammunition and Christian icons layed at a monument to fallen soldiers outside the Saints Peter and Paul Garrison Church in the western Ukrainian city of Lviv on March 7, 2022, 12 days after Russia launched a military invasion on Ukraine. (Photo by YURIY DYACHYSHYN/AFP via Getty Images)

On Feb. 24, the day Russia invaded Ukraine, the Catholic bishops there issued a statement calling on all Ukrainians to pray for peace.

Their statement partly reads,  "Now is the time to unite in prayer: in our families, with our neighbors, in our prayer communities and in every parish. We encourage priests from today, after each Holy Mass, in addition to singing the supplication, to pray the Act of Consecration of Ukraine to the Immaculate Heart of the Mother of God.

"May this time of trial also be an opportunity for reconciliation with our family and friends, neighbors and colleagues, and God himself. Realizing our own sinfulness and limitations, let us apologize to the Lord, let us proceed to the sacrament of Reconciliation, fulfilling the 5 conditions of good confession. Let us try to participate more often in the Eucharist and receive Holy Communion, to take care of the purity of our hearts so that God's grace may fill us."

To learn more about Our Lady of Fatima and the consecration of Russia, click here. 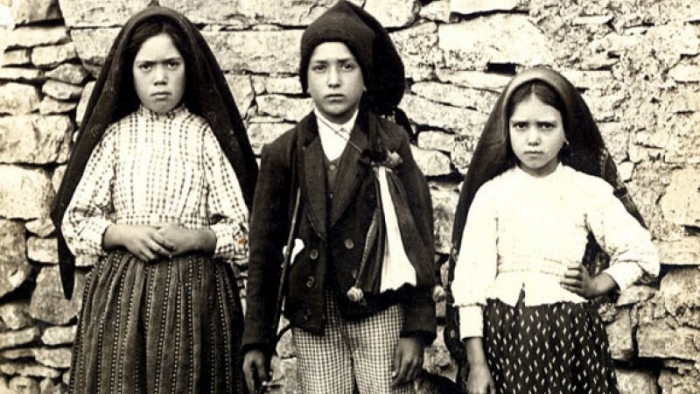 Lucia dos Santos, Francisco Marto, and Jacinta Marto, the children of Fatima who, in 1917, said the Virgin Mary, the mother of Jesus Christ, appeared to them and warned them about Russia spreading its errors in the 20th century. Jacinta and Francisco were declared saints by the Catholic Church in 2017. Lucia died in 2005 and her cause for beatification is underway.