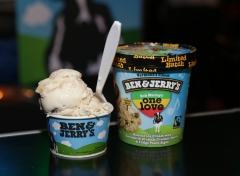 The Illinois Investment Policy Board voted (7-0) last week to sell off its investments in Unilever, a British multinational that owns the Vermont-based Ben & Jerry's ice cream. Illinois is dropping its holdings in Unilever because Ben & Jerry's has ceased selling ice cream in the so-called occupied territories in Israel.

Other states that have or are preparing to pull funds from Unilever include New York, Arizona, New Jersey, and Florida.

In a July 19 statement, Ben & Jerry's, which was founded by two Jews, said, "We believe it is inconsistent with our values for Ben & Jerry’s ice cream to be sold in the Occupied Palestinian Territory (OPT). We also hear and recognize the concerns shared with us by our fans and trusted partners."

"Although Ben & Jerry’s will no longer be sold in the OPT, we will stay in Israel through a different arrangement," said the company. "We will share an update on this as soon as we’re ready."

Bennett Cohen and Jerry Greenfield, the founders of Ben & Jerry's, told the New York Times that they were proud of the company's boycott action and said they believe "it is on the right side of history."

Ben Cohen and Jerry Greenfield present Jimmy Fallon with his own Ben & Jerry's ice cream flavor during a press conference with Ben & Jerry's on the two year anniversary of "Late Night with Jimmy Fallon" at Rockefeller Center on March 2, 2011 in New York City. (Photo by Theo Wargo/WireImage)

"In our view, ending the sales of ice cream in the occupied territories is one of the most important decisions the company has made in its 43-year history," said the founders. "It was especially brave of the company. Even though it undoubtedly knew that the response would be swift and powerful, Ben & Jerry’s took the step to align its business and operations with its progressive values."

Jay Tcath, executive vice president of the Chicago Jewish Federation, told The Jerusalem Post, “This is the highest-profile company and the highest-profile case that this board handled in its six years. The vast majority of the other 39 companies that have been put on the prohibited investment list are mostly obscure European banks or asset management funds."

“The law is very clear [in Illinois], and this board is not a deliberative body, it is not a legislature, there is no debate per se," said Tcath. "They are more like regulators. And when Ben & Jerry’s says publicly, ‘we’re not going to sell our ice cream in the West Bank for political reasons,’ the law is black and white here.”

Ben & Jerry's Chairman Anuradha Mittal tweeted in July, "I am proud of @benandjerrys for taking a stance to end the sale of its ice cream in the Occupied Palestinian Territory. This action is not anti-Semitic. I am not anti-Semitic. The vile hate that has been thrown at me does not intimidate me."

"The vile hate that has been thrown at me does not intimidate me. Pls work for peace – not hatred!" https://t.co/ySzioevIr6