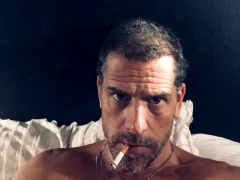 Kevin Morris, a wealthy Hollywood lawyer who reportedly helped pay Hunter Biden's $2 million-plus tax debt, flew to Serbia to infiltrate the movie set of 'My Son Hunter' -- produced by documentarians Phelim McAleer and Ann McElhinney -- apparently to spy on the operation and gather intelligence to help his public defense of the president's scandal-riddled son.

As the Daily Mail reported on May 9, "Morris failed to disclose that he is representing and working on the legal and media strategy for President Joe Biden's son."

Also, the Twitter account for 'My Son Hunter' states, "On set, a man named Kevin Morris arrived and told us he was working on a documentary exposing Hunter’s corruption. He told us he was a retired lawyer associated with South Park. We allowed him and his crew to interview us, cast members, and film on our set." 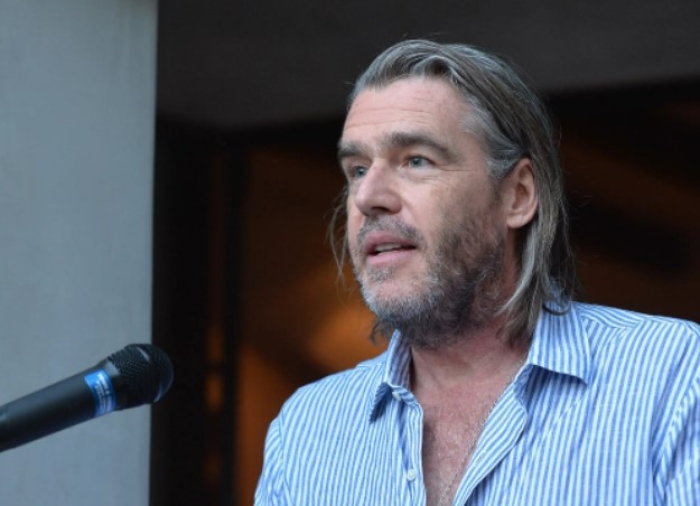 Hollywood lawyer Kevin Morris, attorney and adviser to Hunter Biden and a big donor to the Democrat Party. (Getty images)

Subsequent tweets from May 10 read, "We shared dinners, long conversations, and were given no indication that this man was associated or involved with Hunter Biden whatsoever....  Kevin Morris and his crew spend large sums of money to weasel their way on to our set. They misrepresented their intentions and prove to be deeply involved with Hunter and the Biden family."

McAleer told CNS News by email that Morris arrived at the set with several people and stayed nearly three days. They interviewed a number of people about the film.

"We are concerned that someone so unethical as Morris will also unethically edit what we said to make it misleading," said McAleer. "We are dealing with someone with no moral compass, who is an enabling lackey for Hunter Biden."

According to a May 9 CBS News report, Kevin Morris "is now crafting a legal and media strategy for Hunter Biden. ... Morris has been operating behind the scenes and has turned his attention in recent weeks to conducting a forensic analysis and investigation into what happened to Hunter Biden's laptop -- including how the device became public, sources familiar with his efforts say."

Also, Biden's criminal lawyer, Christopher Clark, confirmed to CBS News that "Morris is serving as an 'attorney and trusted adviser' to Hunter Biden." 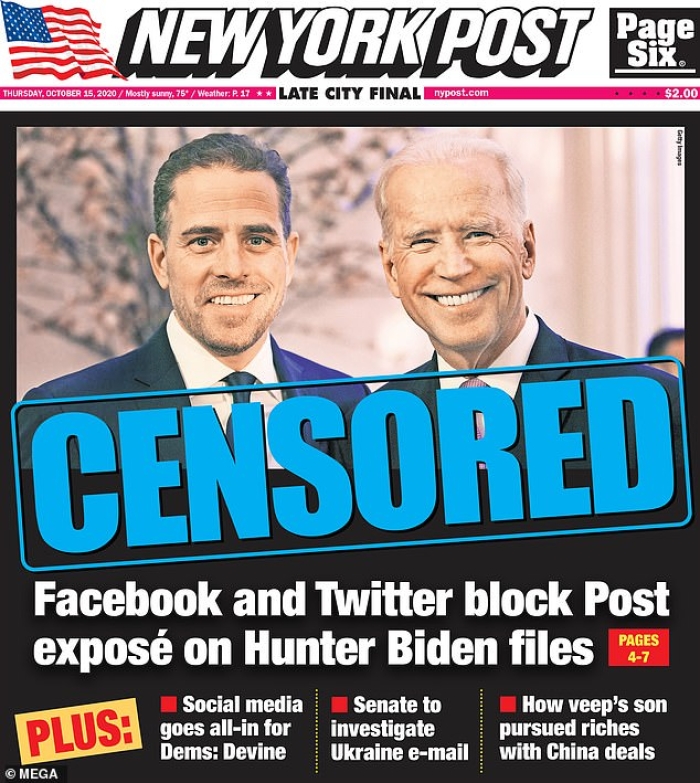 McAleer told the New York Times that Morris's behavior was misleading and unethical. "[I]f I had known that he was providing legal and media consult to Hunter Biden, I would have treated him rather differently.”

"A person familiar with Mr. Morris’s plans said the footage from Serbia could be used ... to undermine Mr. McAleer’s movie and the laptop," reported The Times.  "Mr. Morris has been working to debunk the story behind the cache of emails, text messages and other files from Hunter Biden’s accounts that were obtained and disseminated to the media initially by Rudolph W. Giuliani."

The story about Hunter Biden's laptop, which included information about his questionable financial dealings in China, Ukraine, Russia, and other countries, as well as video and pictures of his crack cocaine addiction and sexual habits, was censored by the liberal media just prior to the 2020 presidential election.

Twitter prevented an exclusive story about Biden and the laptop from being shared on Twitter and Facebook essentially shadow-banned it.  The leftist media, such as CNN and MSNBC, dismissed the story as Russian disinformation.  Earlier this year, the Washington Post ran a story confirming that the laptop story was real and not disinformation. 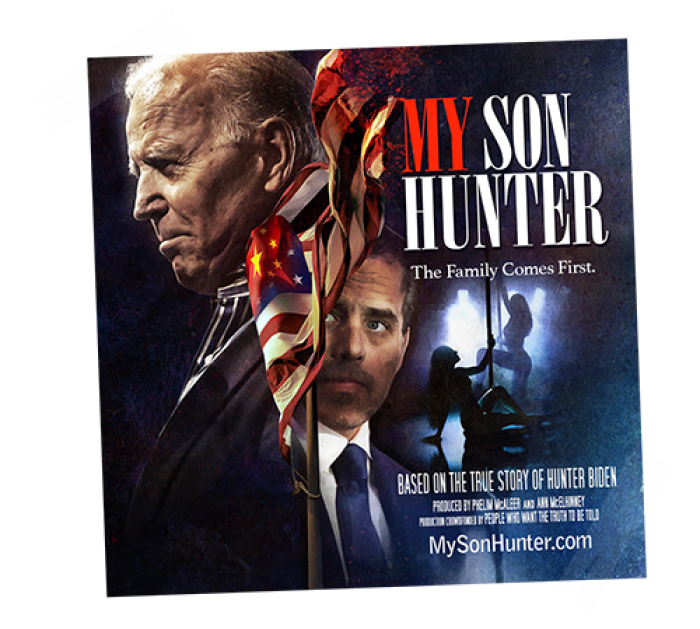 A November 2020 post-election poll of Biden voters, conducted for the Media Research Center (MRC) by The Polling Company, showed that 45.1% of those voters were unaware of the laptop story. Had they known about the issue, they would have voted differently.

"According to our poll, full awareness of the Hunter Biden scandal would have led 9.4% of Biden voters to abandon the Democratic candidate, flipping all six of the swing states he won to Trump, giving the President 311 electoral votes,” reported the MRC.

“Just by choosing to abandon Biden, these voters would have handed all six of these states, and a second term, to the President — if the news media had properly informed them about the two candidates,” said the MRC.

To learn more about the movie 'My Son Hunter,' click here.