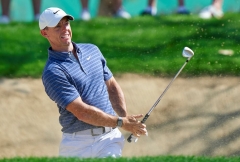 A number of refugees from Afghanistan, part of group of as many as three hundred being temporarily housed in a bankrupt hotel by the federal government, recently breached security and wandered onto the golf course of a gated resort community in Scottsdale, Arizona.

The refugees from the defunct hotel are unsupervised and free to come and go as they please, so they simply roamed onto the golf course of the Gainey Ranch and Golf Club, the AZ Free News reports:

“The group was part of the Afghan refugees housed at the Homewood Suites, a nearby hotel that made headlines last year for sheltering illegal immigrants for around seven months. The refugees aren’t confined to the hotel and permitted to roam the surrounding areas at their leisure; the hotel sits across the street from the gated community.”

Prior to the incident, the residents of the Gainey Club had been unaware the defunct hotel was being used as transitional housing for the refugees, prompting the community’s head of security to send out a message to residents, the AZ Free News reports:

“Gainey Club security alerted the Scottsdale Police Department (SPD) of the trespass incident. SPD contacted the group managing the hotel, one hired by the International Rescue Committee (IRC), to put the refugees on notice about trespassing at Gainey Ranch.”

As the AZ Free News previously reported, the International Rescue Committee (IRC) is under contract with the State Department and the Department of Defense (DOD) to run the shelter for refugees who have been relocated from military bases and are now allowed to wander about off-site unsupervised:

“The refugees won’t be confined to the hotel and may roam the community at their leisure because the law prohibits their detainment. They will reside at the hotel until they are matched with sponsor families throughout the Valley.”

What’s more, Scottsdale citizens report that the Afghan refugees have been panhandling in the area. A spokesman for the mayor’s office and council told the AZ Free Press that the refugee-hotel project “is a federal government activity over which the city of Scottsdale has no oversight.”