Twitter Launches Campaign to Suppress Some Political Narratives, Promote Others Ahead of Midterm Elections 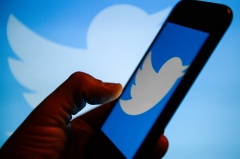 On Thursday, Twitter announced “Our Approach to the 2022 U.S. Midterms,” detailing its plan to suppress some speech regarding the elections, and to advance other narratives it deems acceptable.

Specifically, Twitter says it is will be using “prebuttals” to “get ahead” of political narratives it subjectively considers “misinformation” - and “proactively” promote other speech it endorses:

“In the lead up to election day, we’ll share prompts with information about how and where to vote, directly to people’s timelines.

“We’re also bringing back prebunks — in English, Spanish, and all other languages supported on Twitter — to get ahead of misleading narratives on Twitter, and to proactively address topics that may be the subject of misinformation. Over the coming months, we’ll place prompts directly on people’s timelines in the US and in Search when people type related terms, phrases, or hashtags.”

“Odds this will only be enforced in one direction?” Sen. Ted Cruz (R-Texas) asked, retweeting Twitter’s post announcing its plans and calling into question the integrity of the policy’s enforcement.

Twitter will also actively suppress and denounce comments of some of those who question the legitimacy or results of elections, the announcement says:

“The Civic Integrity Policy covers the most common types of harmful misleading information about elections and civic events, such as: claims about how to participate in a civic process like how to vote, misleading content intended to intimidate or dissuade people from participating in the election, and misleading claims intended to undermine public confidence in an election – including false information about the outcome of the election.”

When Twitter sees a tweet it considers “misleading” or “false,” it will suppress and label the tweet and prevent it from being liked or shared in order to “prevent the spread” of speech it doesn’t like:

“People on Twitter will see a prompt prior to liking or sharing labeled tweets, and in cases where there is potential for harm associated with the false or misleading claim, the Tweet may not be liked or shared to prevent the spread of the misleading information.”