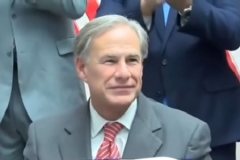 Texas has surpassed New York as home to the most Fortune 500 companies, according to the 2022 FORTUNE 500 list, Gov. Greg Abbott (R-Texas) says it’s because of his state’s business-friendly regulatory environment and low taxes.

On Monday, FORTUNE magazine announced the 68th FORTUNE 500, its annual list of the largest corporations in the United States, ranked by revenue for the 2021 fiscal year. Texas’ 53 Fortune 500 headquarters now lead the nation, surpassing New York, the company reports:

“The companies on this year's list are based in 232 different cities spread across 37 states. For the first time since 2010, Texas is home to the most companies on the FORTUNE 500, with 53. After seven years at the top, New York fell to No. 2 with 51 companies, followed by California at No. 3 with 50.”

In celebration of the news, Gov. Abbott released a statement crediting his state as the home of “endless economic opportunities,” where new ideas and innovation are “free to flourish”:

"Thanks to our unmatched business environment, with no corporate or personal income taxes, a highly skilled and diverse workforce, easy access to global markets, and reasonable regulatory climate, Texas has more businesses relocating and expanding here in our state than ever before.

“Without the constraint of over-taxation and runaway regulation imposed by other states, businesses are drawn to the endless economic opportunities as new ideas and innovation are free to flourish in the Lone Star State.”