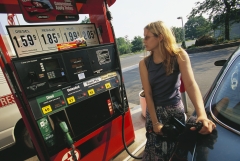 Without hydraulic fracking, Americans would have drastically higher energy costs and less money to spend, and the U.S. economy would shrink and provide fewer jobs, analysis by the American Petroleum Institute (API) finds.

Despite recent denials, Democrat presidential candidate Joe Biden has made on-the-record comments saying that he would ban the use of hydraulic fracking to extract energy, as well as put an end to all federal oil and natural gas leasing. The threat of such bans puts “America’s Progress at Risk,” the API study warns.

“Without fracking, there’d be no American energy renaissance” and the U.S. would lose its status as the world’s top natural gas and oil producer, API cautions.

A ban would also inflict severe hardships on American citizens, the report finds.

API analysis estimates that an end to hydraulic fracking would result in:

Additionally, the U.S. would no longer be a net exporter of oil, petroleum products and natural gas. Instead the U.S. would become dependent on foreign suppliers for more than 40% of its oil and nearly 30% of its natural gas by the year 2030, the study finds.

In the final presidential debate, Democrat candidate Joe Biden declared that, "I never said I oppose fracking." But, as the video below shows, Biden has repeatedly said that, as president, he would put an end to fracking and fossil fuels.