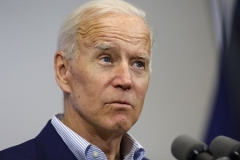 Two states have filed a lawsuit, accusing Biden Administration officials, Big Tech employees and others of colluding to censor free speech on issues of national importance, under the pretense of rooting out so-called “misinformation.”

In a press statement released Thursday, Missouri Attorney General Eric Schmitt and Louisiana Attorney General Jeff Landry say they filed the suit against President Biden and other top-ranking government officials for allegedly working with social media giants such as Meta, Twitter, and Youtube to censor and suppress free speech, including truthful information related to COVID-19, election integrity, and other topics, under the guise of combating “misinformation.”

The lawsuit claims to demonstrate how the Biden Administration and others have colluded with Big Tech companies to censor and suppress speech. “This includes threats on the campaign trail, and now in office, directly working with executives and employees of big tech companies,” the press release alleges.

The lawsuit alleges that the Biden Administration and others “both pressured and colluded with social media giants Meta, Twitter, and Youtube to censor free speech in the name of combating so-called ‘disinformation’ and ‘misinformation,’ which led to the suppression and censorship of truthful information on several topics, including COVID-19,” the press statement states.

The lawsuit provides several examples of truthful information and comments that social media companies censored, which they eventually conceded had been either truthful or credible, including:

(1)    Violation of the First Amendment,

(2)    Action in Excess of Statutory Authority, and

The lawsuit names 13 high-profile individuals and government entities as defendants:

Noteworthy, among the lesser-known named defendants is Nina Jankowicz, head of the Department of Homeland Security’s new “Disinformation Governance Board” purportedly created to combat “disinformation” and “misinformation.” In addition to being redolent of Orwell’s “Ministry of Truth” in the novel, “1984,” critics note Jankowicz’s partisan politics and erroneous views on important national issues, such as the Trump-Russia conspiracy theory.

Janowitcz also dismissed the Hunter Biden laptop story as being misinformation and propaganda, which – after censoring at the time – Twitter now admits is credible.