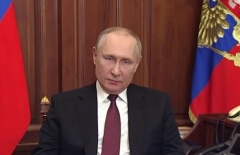 Despite Russia’s invasion of Ukraine being condemned by the U.S. and kindred countries around the world, Twitter continues to allow Russian President Vladimir to post on its platform.

Twitter, which has permanently banned former U.S. President Donald Trump, has yet to suspend or ban @KremlinRussia_E, the official account of the “President of Russia.”

Over the past week, Putin has posted tweets announcing his wheeling and dealings with financial institutions, presidents, prime ministers and a prince. With each tweet, Putin posts links to additional details of his interactions.

In the last 24 hours, Putin posted the following tweets:

“The President discussed the economic situation with the financial and economic bloc of the Government and the Central Bank https://bit.ly/3vw43e1”

The Russian president isn’t the only violent, controversial figure that Twitter has yet to ban. As CNSNews.com previously reported, Twitter continues to allow Taliban spokesmen to post to its platform.

Earlier this month, “Taliban political spokesman Mohammad Naeem accused the Biden administration in a tweet late Friday of showing ‘the lowest level of humanity ... of a country and a nation,’” The Philadelphia Inquirer reported. 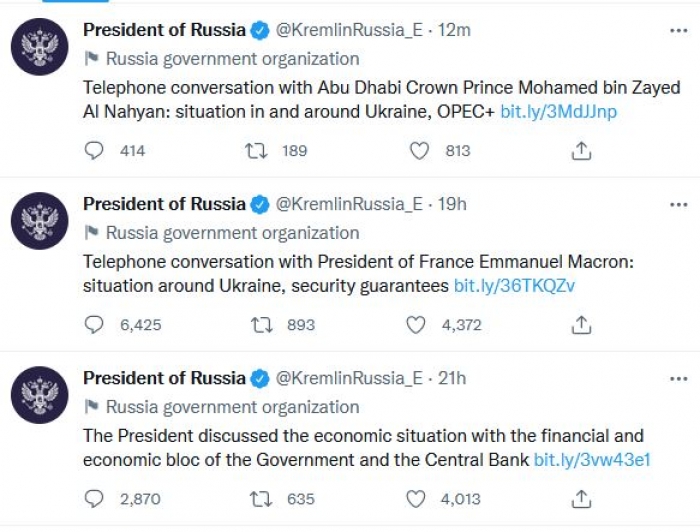