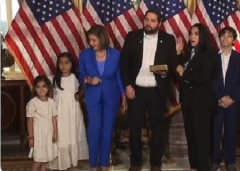 Deputy Chief of Staff Drew Hammill claimed that Pelosi was simply trying to make sure Flores’ little girl wasn’t hidden from the cameras during the photo op on June 21, held after the Texas congresswoman was sworn in.

“It’s sad to see ‘news outlets’ that know better misrepresent the Speaker’s effort to ensure Rep. Flores’ daughters wouldn’t be hidden behind her in all of the photos of such an important moment for their family.”

However, there seems to have been no reason for Pelosi to take action to ensure Flores’ child “wouldn’t be hidden behind her,” since the viral video appears to show that the little girl wasn’t behind Pelosi, but clearly visible at her side.

I am so proud of my strong, beautiful daughter for not allowing this to faze her. She continued to smile and pose for the picture like a Queen.

No child should be pushed to the side for a photo op. PERIOD!! https://t.co/TA50EntDoq 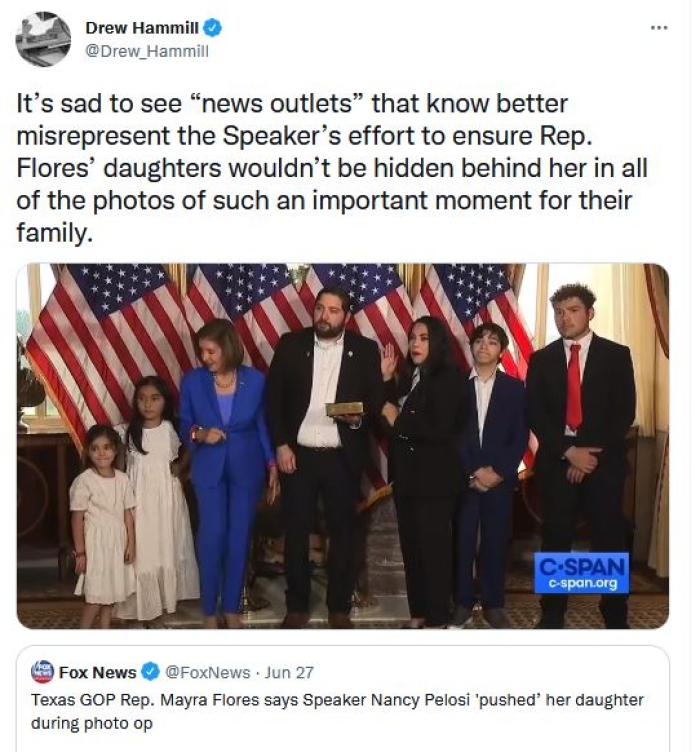