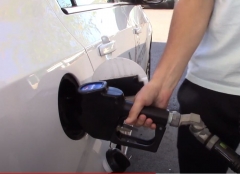 Even with gas stations in East Coast states suffering fuel outages as Colonial Pipeline continues to recover from its cyberattack shutdown, none of top ten states with the highest gas prices are in the East – though the cost in the District of Columbia is higher than that in Arizona, the tenth highest state.

On Monday, the American Automobile Association (AAA) reported that California has the highest average cost for a gallon of regular gasoline in the nation, at $4.132 – more than a dollar higher than the national average of $3.045.

But, in the Nation’s Capital, gas averaged $3.149 a gallon, more than ten cents higher than the U.S. average.