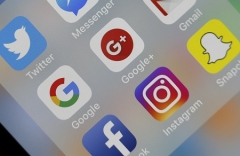 Despite efforts by social media platforms like Facebook and Twitter to censor, discredit and limit access to The New York Post’s articles reporting that laptop emails detail Hunter Biden’s dealings with companies in the Ukraine and China at a time when his father was vice president, the stories continue to reach the American public, the paper reported on Wednesday.

Its second story, “Hunter Biden emails show leveraging connections with his father to boost Burisma pay,” published that same day, “has seen some 734,000 total views and 505,000 unique visitors, with nearly a quarter coming from Facebook and Twitter,” The Post reports.

“Emails reveal how Hunter Biden tried to cash in big on behalf of family with Chinese firm,” published the following day (Oct. 15):

In a press conference call with Sen. Ted Cruz (R-Texas) on Monday, Media Research Center President Brent Bozell warned that the social media blackout of the Hunter Biden news is proof that Big Tech is engaged in an “outright attempt to suppress the conservative conversation.”

During that same call, Sen. Cruz declared the media’s willingness to allow Big Tech to censor news “the single greatest threat to a free press” the country has ever seen.