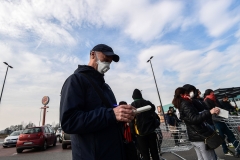 Confident that the Biden Administration’s policies would produce a robust jobs report for April, liberal media ran headlines and stories promising job growth numbers that proved to exceed reality by more than seven hundred thousand, and as much as 1.7 million.

As CNSNews.com reported, Friday’s U.S. Bureau of Labor Statistics report reveals that the unemployment rate increased slightly in April as the ranks of the unemployed grew by 102,000, with the month’s job growth failing to reach even half that of recent months:

“Contrary to bullish expectations, the unemployment rate actually ticked up a tenth of a point to 6.1 percent in April, and the economy added 266,000 jobs, far fewer than the 770,000 (revised) added in March and the 536,000 added in February.”

Thus, April’s actual job growth fell far short of the results predicted in media headlines, such as “A Jobs report for the ages”: