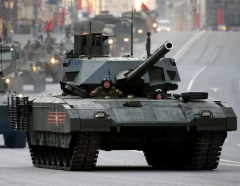 A majority of both Republicans and Independents in the U.S. would stay and fight for their country’s freedom, if they were in the shoes of the Ukrainians currently under attack by Russia, results of a new Quinnipiac University Poll reveals.

“If you were in the same position as Ukrainians are now, do you think that you would stay and fight or leave the country?” the nationwide survey of 1,374 U.S. adults, conducted March 4-6, asked.

A 55% majority of all those polled say they would stay and fight, while 38% say they’d leave the country. Another 7% either don’t know or didn’t answer.

Fully 68% of Republicans and 57% of Independents would stay and fight. But, a slight majority (52%) of Democrats would flee, compared to just 40% of Democrats who say they’d stay to defend their homeland.