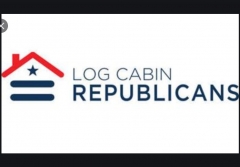 Log Cabin Republicans, which bills itself as “the nation’s largest Republican organization dedicated to representing LGBT conservatives and allies,” will exhibit at this week’s 2021 Conservative Political Action Conference (CPAC).

The conference, sponsored annually by The American Conservative Union (ACU), will be held from Thursday, February 25 through Sunday, February 28, 2021 at the Hyatt Regency in Orlando, Florida. The CPAC website lists Log Cabin Republicans (LCR) among this year’s exhibitors.

“The board members of LCR voted not to endorse the Republican nominee for President, Donald Trump” in 2016, but did so “over a year in advance” of the 2020 election.

In the "About LCR" section, the website provides the following description:

"Log Cabin Republicans is the nation’s largest Republican organization dedicated to representing LGBT conservatives and allies. For more than 40 years, we have promoted the fight for equality through our state and local chapters, our full-time office in Washington, DC, and our federal and state political action committees."