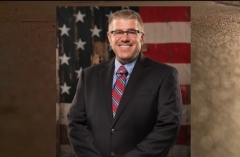 "Enough is enough!" Bailey said in a statement. "I filed this lawsuit on behalf of myself and my constituents who are ready to go back to work and resume a normal life.”

“The ruling comes after Bailey, a Republican from Xenia, Illinois, filed a lawsuit claiming Pritzker exceeded his authority and violated the civil rights of the state’s residents. Pritzker on Thursday extended his stay-at-home order through May 30 as the highly contagious coronavirus continued to spread and infect thousands across the state.”

While the restraining order applies only to Rep. Bailey – leaving his fellow Illinois citizens trapped - it may provide the precedent that they need to successfully sue for their freedom from the governor’s edict.

Pritzker has vowed to fight the judge’s decision.