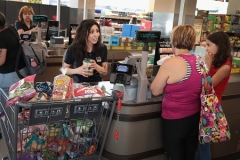 Americans overwhelming doubt that Democrats’ $740 billion “Inflation Reduction Act” will actually do what its title promises – including four of five self-described Democrats – results of a new YouGov survey of U.S. citizens reveal.

Among Democrats, just 21% think their party’s bill will reduce inflation, while 13% believe the bill will increase inflation.

“Will Not Change” inflation (34%) and “Not Sure” (22%) were the most popular responses for the Democrats surveyed.

The Congressional Budget Office (CBO) is also dubious of the bill’s “inflation reduction” claim. CBO analysis concludes that, if it becomes law, the massive tax-and-spend bill “would have a negligible effect on inflation.”

Ninety-four percent (94%) of both Democrats and all Americans consider inflation/prices an important issue. What’s more, 73% of all respondents and 66% of Democrats rate it a “very important” issue.

In another question YouGov asked respondents to choose which one issue, out of a list of 15 topical issues, that is “the most important” to them. “Inflation/prices” was the number one “most important” issue cited by all respondents.

For Democrats, however, inflation/prices ranked third, behind “Health care” and “Climate change and the environment.”

The Democrats’ “Inflation Reduction Act” passed the Senate on Sunday, when Vice President Kamala Harris deciding vote broke a 50-50 tie. The bill now heads to the House, where it is expected to pass.