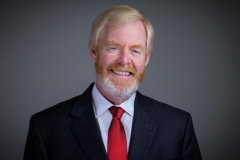 Appearing on Sunday’s, Life, Liberty & Levin, Media Research Center (MRC) President Brent Bozell blasted a hypocritical media for ignoring and downplaying the sexual assault allegations against Joe Biden. Bozell described the MRC’s unearthing of a clip of accuser Tara Reade’s mother calling into Larry King Live in 1993, which media has had all this time – and is still refusing to investigate even after MRC exposed it:

“We’re talking about Joe Biden and the fact that Tara Reade, a staffer of his, a month ago, laid out a sexual assault charge against him - which we’re not going to discuss, it’s so awful – but, there it is. Then, we showed the video evidence of, in 1993, her mother calling into the Larry King show corroborating – 1993, 26 years ago – corroborating what Tara Reade is saying now.”

After playing the video, Bozell explained to Host Mark Levin that, even though Reade had asked for an investigation of her charge, none was conducted during either his quarter-century as a senator or his eight years as vice president. And, now that Biden is seeking to become president, it’s even more vital that Reade’s accusations be addressed, Bozell said:

“So, when they were embarrassed last week, with the video that they had – we released it, they had it all along – they did one story and they walked away from it.”

Bozell also contrasted liberal media’s disinterest in Reade’s accusations with the way they obsessed over the unsubstantiated accusations made by Christine Blasy Ford against Supreme Court Justice Brett Kavanaugh during his Senate confirmation hearings:

“Think about Brett Kavanaugh. Think about the accusations against him and the fact that there wasn't a single corroborating witness, including the ones she put forward. And yet everyone dropped their coverage to look at it, and now you have the evidence where a next-door neighbor of Tara Reade has now come forward, and she said, yes, Tara Reade told me that story 26 years ago. So, you've got an accusation of sexual assault. You've got two corroborating witnesses, and it's about the man who would be President of the United States and they're just looking the other way.

“It's about the man who would be president of the United States, and they’re looking the other way.”