Elon Musk: Reaction to My Twitter Purchase by Those Who Fear Free Speech Says It All 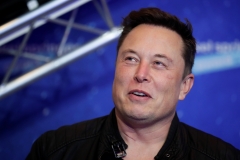 “The extreme antibody reaction from those who fear free speech says it all,” billionaire entrepreneur Elon Musk tweeted Tuesday, commenting on the liberal outrage over his purchase of Twitter and plans to open it up to free speech.

Immediately after it was announced that Twitter’s board had approved Musk’s buyout bid, liberal media began fear-mongering. As NewsBusters reports, CBS Evening News warned that Musk’s Twitter will be a haven for hate speech that will allow “bad actors” to run rampant. Likewise, NBC warned that Twitter will be unsafe for women and minorities, with MSNBC echoing the accusations.

On Twitter, the reaction by liberals has been vitriolic and, occasionally, vulgar. NewsBusters reports that some of the left-wing celebrities tweeting their outrage over Musk’s purchase of Twitter include:

In a follow-up post on Tuesday, Musk reassured users that his commitment to “free speech” is limited to only that which is legal:

“By ‘free speech’, I simply mean that which matches the law.

“I am against censorship that goes far beyond the law.

“If people want less free speech, they will ask government to pass laws to that effect.

“Therefore, going beyond the law is contrary to the will of the people.”