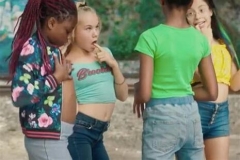 The movie “Cuties,” which sexualizes 11 year-old girls, isn’t the only Netflix offering to sexually exploit children, the Parents Television Council (PTC) warns in a letter to a bipartisan group of congressmen opposed to the film.

“The Netflix program Cuties reflects only the latest of multiple examples of its sexualization and exploitation of children,” PTC Pres. Timothy Winter writes.

“It is vital for you and your colleagues to understand just how pervasive the child/sex themes are,” Winter says, apologizing in advance for providing the following four “explicit descriptions” of Netflix programming:

These and other Netflix offerings “suggest a corporate practice for such programming,” the letter says.