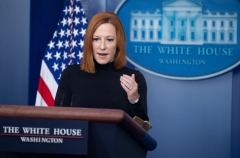 Oil companies have financial incentive to produce oil on leased federal lands, because they have to pay “rent” and are at risk of losing their leases until they begin producing, O’Scannlain explains:

“The law already requires companies to either produce oil and/or gas on leases or return the leases to the government – the so-called ‘use it or lose it’ provision – generally in the first 10 years.

“When a company acquires a lease, it makes a significant financial investment at the beginning of the lease in the form of a non-refundable bonus bid and pays additional rent until and unless it begins producing.”

What’s more, it can even be illegal to simply sit on excess federal land leases, O’Scannlain says:

“For federal onshore, the Mineral Leasing Act prevents any one company from locking up unproductive excessive federal acreage.”

Plus, it’s not as quick and easy as merely flipping a switch, since it takes years of work to determine whether the leased land even holds enough oil to be commercially viable, O’Scannlain writes.

“The argument about ‘unused’ leases is a red herring, a smokescreen for energy policies that have had a hamstringing effect,” on oil production, O’Scannlain says.

“Ultimately, energy policies affect the energy investment climate” O’Scannlain says. Government policies can either discourage or encourage oil producers to take the risk of investing billions of dollars, plus considerable time and effort, to find out whether or not the lands they lease are viable sources of oil.

“Psaki has made the claim about ‘unused’ federal leases before,” O’Scannlain notes. “It has become a line the White House pivots to when pressed to explain why it isn’t doing more to support American oil and gas production.”

“Regulatory uncertainty and political hostility to fossil fuels discourage long-term investments,” The Wall Street Journal’s editorial board agrees, explaining that President Biden’s anti-domestic energy policies have made his the first administration in at least twenty years to go an entire year without selling a single onshore lease.

The Biden Administration isn’t just refusing to grant additional leases - it has actually revoked a permit that could bring 830,000 barrels of crude oil daily to the U.S.

In a controversial move during his first day in office, Pres. Biden revoked the permit allowing extension of the Keystone XL pipeline to Alberta, Canada. If completed, the pipeline could potentially provide the U.S. with more oil than it currently buys from Russia.