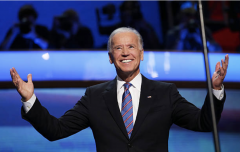 One of the leading stories in the Washington Post webpage on Saturday carried the headline "Transgender girls are at the center of America's culture war, yet again' and described Joe Biden as "a Democratic president who has been called the most pro-transgender in history"

“Less than a month into their 2021 sessions, GOP state legislators across the United States are relaunching campaigns to restrict transgender people’s access to medical care and school athletics,” said the Post. “But this time, their efforts are clashing with the agenda of a Democratic president who has been called the most pro-transgender in history.”

“Biden signed an executive order on his first day in office to reinstate protections for gender identity that were curbed by the Trump administration. Meanwhile, lawmakers in at least a dozen states have proposed bills in recent weeks that challenge such protections. Some were carried over from 2020 sessions, when a record number of anti-trans bills were filed in state legislatures, according to the ACLU.

“Many of those bills target youth and collegiate athletes, with supporters arguing that transgender girls have an unfair physiological advantage in girls’ sports, an edge that can affect access to scholarships."