Herschel Walker Calls Out AOC: ‘You Didn’t Say a Word When @Rashida Tlaib Called the President a Motherf**ker’ 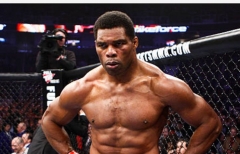 College Football Hall of Famer Herschel Walker sent out a tweet on July 25 that called out Rep. Alexandria Ocasio-Cortex after she complained about Rep. Ted Yoho (R.-Fla.) reportedly calling her a “f**king bitch.”

“Sorry @AOC that @TedYoho called you out of your name,” said Walker in a tweet, “but your credibility is in question because you didn’t say a word when @Rashida Tlaib called the president a motherf***ker.”

Rep. Rashida Tlaib (D.-Mich.) called President Donald Trump a “motherf**ker” on the day she was first sworn in as a member of the House of Representatives.

CNN had discussed Ocasio-Cortez’s encounter with Yoho in a July 24 interview and reported it as follows:

“Democratic Rep. Alexandria Ocasio-Cortez of New York on Friday rejected Florida GOP Rep. Ted Yoho's claim that "no one was accosted, bullied or attacked" during their tense exchange this week on the steps of the Capitol, saying that Yoho and a Texas Republican lawmaker were both lying as she revealed new details about the viral incident.

“‘If he wants to continue to lie, that's his business,’ Ocasio-Cortez told CNN Friday.

“In the interview, Ocasio-Cortez added more detail about Yoho's broadside before he reportedly called her a ‘f*cking b*tch’ within an earshot of a reporter from The Hill newspaper. Ocasio-Cortez was walking up the east front steps of the Capitol to cast a vote Monday afternoon when both Yoho and Texas GOP Rep. Roger Williams approached her as they were walking down the steps.

“Yoho erupted at her instantly and kept ‘escalating the situation,’ she said.”

“Yoho's office didn't respond to a request for comment from CNN. But speaking Friday night on Fox News, Yoho claimed he didn't call Ocasio-Cortez "disgusting," though a reporter had heard him say it. And he contended it was simply a policy dispute.

“‘I asked her, I said, 'Hey, do you have a minute?' She goes, 'Yes.' And we've never had a conversation before, and I wanted to ask her about this policy that she was telling people it was OK to shoplift if you're hungry. And it went backwards from there."

“On Friday, Williams refused to talk about Ocasio-Cortez's claim that he was involved in bullying her. He said "no" when asked if he heard Yoho call her ‘disgusting.’ And he would not discuss the incident further or the allegations from the New York Democrat.

“‘We put a statement on it right after it happened,’ Williams told CNN. ‘I'm not going to talk about any of it.’

“Hours after she was sworn in to Congress, Michigan Democratic Rep. Rashida Tlaib used an expletive Thursday in pushing for impeaching President Donald Trump.

“Speaking to a crowd at an event sponsored by the progressive group MoveOn, Tlaib recalled the moment she won her election in November.

“’And when your son looks at you and says, 'Mama look, you won. Bullies don't win,' and I said, 'Baby, they don't,' because we're gonna go in there and we're going to impeach the motherf****r,’ Tlaib said Thursday, speaking of Trump, according to a video posted on Twitter by Nestor Ruiz, an activist with United We Dream.”