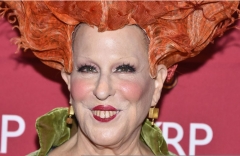 “Bitch, please,” she continued, “God’s been so busy trying to answer everyone’s prayers of desperation since 2016 that he’s looking forward to Biden beating you so he can kick off his sandals & watch a few episodes of ‘Golden Girls.’”

Speaking in Ohio on Thursday, President Trump said the following about Biden:

“He’s going to do things that nobody ever, would ever think even possible--because he is following the radical left agenda: Take away our guns, destroy your Second Amendment, no religion, no anything. Hurt the Bible. Hurt God. He’s against God. He’s against guns. He’s against energy, our kind of energy.”