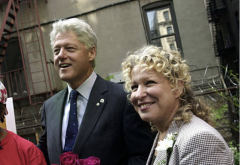 (CNSNews.com) - Singer and actress Bette Midler sent out a tweet today that attempted to tell Donald J. Trump, Jr., that America is “sick of the word ‘Trump.’”

“Listen, you dumb f***, @DonaldJTrumpJr ‘America is so sick of the word “Trump” they may even outlaw the game of bridge,” Midler said in her tweet.

On Tuesday, Midler sent out a similar tweet, promoting a program on PBS.

“Go to #frontline on #PBS tonight for an overview of the tragedy of the completely f***** up #FederalResponse to #coronavirus,” Midler said in that tweet. “‘Elect a sociopath, expect genocide.’ #ITakeNoResponsibility.”