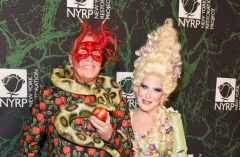 Singer Bette Midler put out a tweet on the day after Thanksgiving calling for the church to pay taxes and suggesting that, perhaps, it should pay reparations, too.

Midler tweet forwarded another tweet from an individual named “Kat.” That person said: “Since we are evidently not separating church and state, I say it’s high time these religious institutions start paying taxes.”

“Amen,” said Midler, “and while we are examining our history, let’s discuss the untold misery the church has inflicted upon indigenous peoples and ‘heretics’ for the last 2000 years.

“How about some reparations for them?” said Midler. “Or just an apology?

“The oldest CORPORATION in the world,” Midler said of the church.