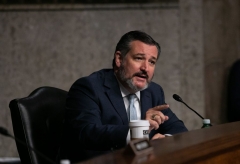 Conservatives are flocking to Parler, which considers itself an “unbiased social media network,” after two conservative accounts were banned from Twitter earlier this week.

Over 500,000 Parler accounts were created, an increase of 50%, after Logan Cook (known on Twitter as Carpe Donktum) and The National Pulse Editor-In-Chief Raheem Kassam were banned from Twitter, the Daily Caller reports.

Logan Cook is a conservative meme maker who edited the video of two toddlers with the fake CNN news logo claiming one of the babies was racist. This video exploded after President Donald Trump reposted it to his personal Twitter in an effort to poke fun at the liberal media, according to Forbes.

Raheem Kassam is a British political activist who describes himself as “philosophically conservative.” His account, along with Cook’s, was taken down by Twitter earlier this week, according to The Conversation.

To many conservatives, this was the last straw.

Sen. Ted Cruz (R-TX) was one of the first mainstream conservatives to announce his move to Parler. Cruz said that Facebook and Twitter have been silencing conservatives and that these apps are “flagrantly silencing those with whom they disagree, from conservative media organizations to the President of the United States—and millions of Americans in between.”

He said that he was proud to join Parler.

“This platform gets what free speech is all about, and I’m excited to be part of it. Let’s speak. Let’s speak freely,” Cruz said, according to Politico.

Cruz is not the only well-known conservative to join Parler. Others that have made the switch include Donald Trump, Jr., Eric Trump, Kayleigh McEnany, Alex Clark (host of Poplitics), Rep. Matt Gaetz (R-Fla.), Sen. Rand Paul (R-Ky.) and Rogan O’Handley among others.

McEnany tweeted her move to Parler by saying she was “sick and tired of social media censoring conservatives. I’ve had ENOUGH.”

According to Parler’s official website, the app “is an unbiased social media focused on real user experiences and engagement. Our content is moderated based off the FCC and the Supreme Court of the United States which enables free expression without violence and lack of censorship.”