Kanye West: ‘With Abortion Culture’ and Black Babies Aborted, ‘We are in Genocide’ 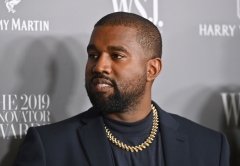 Hip-hop megastar and often outspoken Christian Kanye West said that while many people are lecturing the populace to wear masks to battle COVID-19, which has killed over 200,000 Americans, they are silent about the estimated 1,000 black children killed by abortion every day, which is greater than the total killed by the coronavirus.

In an Oct. 24 interview on the Joe Rogan Experience, a podcast which has 9.85 million subscribers, West stated, “Last figure I saw is, there were 210,000 deaths due to COVID in America. And everywhere you go you see someone with a mask on.

“More black children have died since February than people have died of COVID, and everyone wears a mask,” said West. “So it is a matter of where are we turning a blind eye to?”

According to the CDC, an estimated 55.4% of surgical abortions in the United States are of black and Hispanic babies. In 2012, for instance, among the 26 states required to report their abortion cases, the CDC said there were 148,971 black babies killed by abortion and 75,868 Hispanic babies killed – a total of 224,839.

These numbers are only from 26 states, so the real number is higher.

In 2013, the CDC said that 35% of the total abortions “reported” from only 29 states were black babies --128,682 black children killed. (That number does not include abortions from 21 other states.)

In New York City alone, 76.4% of the abortions reported by race in 2012 were of black and Hispanic babies, according to the CDC.

For blacks alone, in 2012, there were more black babies killed by abortion (31,328) in New York City than were born there (24,758), and the black children killed comprised 42.4% of the total number of abortions in the Big Apple, according to a report by the New York City Department of Health and Mental Hygiene.

In this photo an abortionist is killing a woman's child. (Getty Images)

Kanye West, who is largely known for his music and clothing enterprises, has been outspoken in his opposition to abortion since he launched his fledgling presidential campaign.

At a July 19 campaign rally in South Carolina, West broke down in tears when he mentioned that his father wanted to abort him. “My mom saved my life,” he said.  “There would’ve been no Kanye West because my dad was too busy."

On Nick Cannon’s podcast, Cannon’s Class, West stated, “There are some harsh facts that deal with the black genocide that is abortion. And it is happening every day.”

According to an article posted on CNS News.com in 2018: “ Although black Americans comprise 13.4% of the U.S. population, they accounted for 36.0% of the abortions in 2015, which was almost identical to the percentage of abortions (36.9%) that year among white Americans, who make up 76.6% of the population.

The population numbers come from the U.S. Census Bureau, here”

According to The Life Institute, since Roe v. Wade in 1973, abortion has reduced the black population by over 25%.