U.S. Imports from Russia in January Nearly 5-Times as Great as Exports 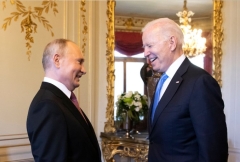 In January, according to the official Census Bureau data, the United States imported $1,959,400,000 in products from Russia. 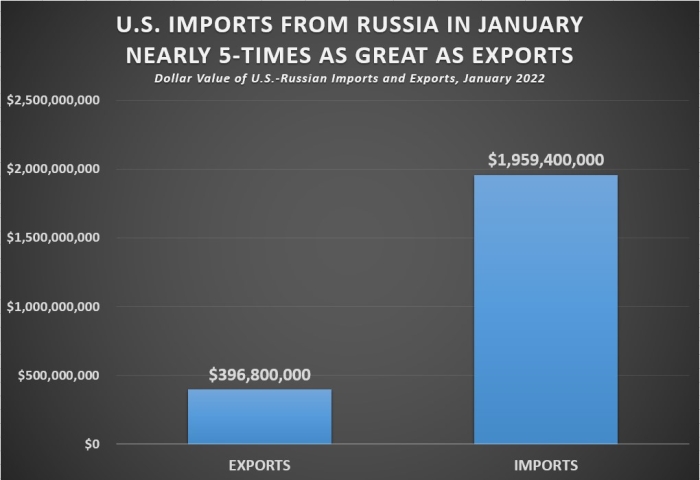 As a result of the disparity between imports and exports, the United States ran a merchandise trade deficit of $1,562,500,000 with Russia in January.

On Feb. 24, when Russia invaded Ukraine, President Joe Biden announced that he was imposing sanctions on Russia, including on Russian financial institutions and “Russian elites.” However, these sanctions did not include Russia’s oil industry.

Then, on March 8, President Biden announced that he was banning the importation of Russian petroleum and petroleum products to the United States.

The U.S.-Russia export and import numbers for January 2022 are the most recent that the Census Bureau has published.